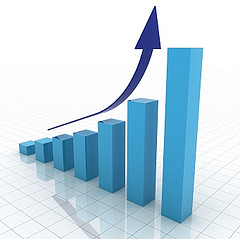 There’s no reason at all, as it happens. And believe it or not, I don’t actually look at the site stats for Futurismic very often, as I prefer to judge the material we publish by the feedback it receives. But as the title suggests, everyone’s doing retrospectives of the year at the moment, and it got me to wondering what the twenty most popular URLs on Futurismic have been in 2009. [image by kevinzhengli]

So, for the sake of my curiosity (and perhaps yours too), here’s the rundown. I’ve removed any blog index pages from the list (ie. the homepage/root URL, and the second and third pages of most recent content) so that it deals only with unique pages of real static content and specific categories.

So, there you have it. It would be interesting to compare these stats to similar data for material read via the RSS feed (which doesn’t show up on Google Analytics because the content is stored on other servers), but sadly I can’t seem to find a way to do that with Feedburner… so we’ll have to do a sort of straw poll!

What was your favourite (or least favourite) post, column or story of 2009 here at Futurismic?