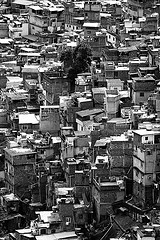 While I’m on the subject of Bruce Sterling, here’s a brief piece he flagged up at Foreign Policy – a bleak prediction that the world is reverting to a kind of technology-mediated econo-political feudalism. Call it Neomedievalism:

The state isn’t a universally representative phenomenon today, if it ever was. Already, billions of people live in imperial conglomerates such as the European Union, the Greater Chinese Co-Prosperity Sphere, and the emerging North American Union, where state capitalism has become the norm. But at least half the United Nations’ membership, about 100 countries, can hardly be considered responsible sovereigns. Billions live unsure of who their true rulers are, whether local feudal lords or distant corporate executives. In Egypt and India, democratic elections have devolved into auctions. Delivering security and providing welfare aren’t just campaign promises; they are the campaign. The fragmentation of societies from within is clear: From Bogotá to Bangalore, gated communities with private security are on the rise.

This diffuse, fractured world will be run more by cities and city-states than countries. Once, Venice and Bruges formed an axis that spurred commercial expansion across Eurasia. Today, just 40 city-regions account for two thirds of the world economy and 90 percent of its innovation. The mighty Hanseatic League, a constellation of well-armed North and Baltic Sea trading hubs in the late Middle Ages, will be reborn as cities such as Hamburg and Dubai form commercial alliances and operate “free zones” across Africa like the ones Dubai Ports World is building. Add in sovereign wealth funds and private military contractors, and you have the agile geopolitical units of a neomedieval world. Even during this global financial crisis, multinational corporations heavily populate the list of the world’s largest economic entities; the commercial diplomacy of emerging-market firms such as China’s Haier and Mexico’s Cemex has already turned North-South relations inside out faster than the nonaligned movement ever did.

There are positive sides to a world where every man can be a nation unto himself. Postmodern Medicis such as Bill Gates, Anil Ambani, George Soros, and Richard Branson take it upon themselves to cure pandemics, run corporate cities, undermine authoritarian regimes, and sponsor climate-saving research. But the Middle Ages were fundamentally a time of fear, uncertainty, plagues, and violence. So, too, their successor. AIDS and SARS, terrorism and piracy, cyclones and rising sea levels — it is no longer clear how to invest in the future, or what future to invest in. Figuring out how to respond to this new world will take decades at least. The next Renaissance is still a long way off.

Well, colour me vindicated – this sounds a lot like the world I’m trying to describe when I batter on about the death of geography, the decline of the nation-state and the rise of the corporate entity as political liege… albeit a more succinct (and distinctly more qualified) version thereof. [image by fabbio]

Coming as it does from a publication whose focus is international diplomacy, the screed above takes a bleak view of this imminent new world order – if you can see your profession withering on the vine, it’s bound to make you a bit glum. But I’m not so sure the neomedieval world is going to be a worse place for everyone… or even the majority. To be honest, the majority of people will notice no major changes in their lives at all – the proper nouns in the newsfeed headlines will change, and the adverbs will become more inflammatory (if that’s possible), but it’ll be business as usual in the global favela.

For those of us sat comfortably in our current states of privilege, however, a lot of things will change… or at least they’ll seem to, because we have the luxury of time and curiosity to watch it happening. The first thing we’ll lose is certainty…

… those of us who still have any certainty left, that is. 😉