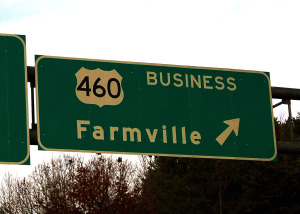 I’m probably going to upset a few people by saying so, but I loathe Farmville. If you do too, this darkly funny but simultaneously serious analysis of the Farmville phenomenon in socioeconomic terms will probably make your week [via Chairman Bruce; image by taberandrew]:

One might speculate that people play Farmville precisely because they invest physical effort and in-game profit into each harvest. This seems plausible enough: people work over time to develop something, and take pride in the fruits of their labor. Farmville allows users to spend their in-game profits on decorations, animals, buildings, and even bigger plots of land. So users are rewarded for their work. Of course, people can sidestep the harvesting process entirely by spending real money to purchase in-game items. This is the major source of revenue for Zynga, the company that produces Farmville. Zynga is currently on pace to make over three hundred million dollars in revenue this year, largely off of in-game micro-transactions.[10] Clearly, even people who play Farmville want to avoid playing Farmville.

Even Zynga’s designers seem well aware that their game is repetitive and shallow.  As you advance through Farmville, you begin earning rewards that allow you to play Farmville less.  Harvesting machines let you click four squares at once, and barns and coops let you manage groups of animals simultaneously, saving you hundreds of tedious mouse-clicks.  In other words, the more you play Farmville the less you have to play Farmville.  For such a popular game, this seems suspicious. Meanwhile, Zynga is constantly adding new items and giveaways to Farmville, often at the suggestion of their users.  Hardly a week goes by that a new color of cat isn’t available for purchase.  What fun.

Beyond the snark, though, there’s a serious point being made:

It’s always been easy to manipulate people using existing networks and patterns of social obligation, but now the social web has made that into a fast-moving billion-dollar business model. Add five years, stir vigorously; your technothriller plot is ready to serve.