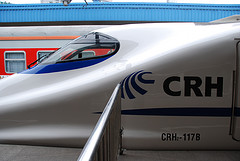 One thought on “From King’s Cross to Beijing by rail”