In Star Wars: Episode I, Qui-Gon Jinn quips “There’s always a bigger fish.” Admittedly he’s wrong, because since there are not an infinite number of fish in the universe, so one of them has to be the biggest. And I’m probably wrong too when I say “there’s always another way to write it”–but as with the fish thing, it appears that there aren’t many exceptions to that rule. What this means for writers is that it may be possible to find a solution to almost any writing problem we come across.

Much, Much More Flexible Than We Thought 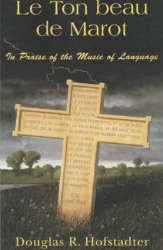 There’s a book called Le Ton Beau De Marot: In Praise Of The Music Of Language by a brilliant but strange guy named Douglas Hofstadter. Hofstadter wrote the entire 832-page tome about the problems of translating a single pretty-good-but-not-amazing 16th century French poem. The thing is, like many decent poems, “A une Da-moyselle malade” (“To a Sick Young Lady”) has a very specific meter, rhyming scheme, interplay of meanings, etc. Since English, while closely related, is definitely not French, it’s impossible to accomplish everything the original poem accomplishes in an English translation … or is it? What Hofstadter goes on to show, with examples from a wide variety of translations by friends and colleagues, is that if you try hard enough, you can come up with a way to manage almost anything you want with language. This is especially true in English, with its enormous vocabulary.

I don’t know if this is rocking your world the way it did mine: maybe the full power of this fact doesn’t hit without 1) reading through the book, 2) becoming convinced that there’s something that simply can’t be accomplished in English, and then 3) reading an example that does the impossible thing and three other things at once. The moment where Hofstadter really got his point across to me wasn’t in the translations, though: it was when, about 200 pages in, he started talking about using nonsexist language while also steering clear of the awkward but more respectful “he or she” (or “she or he,” as I often write it). If you’ve ever tried to write nonfiction with these restrictions, you may have a reaction something like mine: that’s a great idea, but it’s next to impossible.

Then Hofstadter points out that he has written the entire book in non-sexist language without ever using “he or she”–and I had never even noticed! As difficult as that job sometimes seems, Hofstadter can do it so comfortably that it’s completely invisible.

I can’t change that: I need it

I was corresponding with a writer friend recently about a very engaging book he’s writing, and we were talking about a lump of text early on, an important quotation. I suggested that the text didn’t work well as is, and he agreed, but said “I will have to split it up, but I can’t really alter it … I need it for the end.”

Now, “need” is a red flag word for me in everyday life, writing aside, because it often indicates a “broken idea” or “cognitive distortion”, which is to say the kind of thinking that generally doesn’t get us anywhere and makes us miserable. In writing, there’s a similar issue: we may get it in our heads that something has to be a particular way without ever questioning that assumption. In my friend’s case, it’s entirely possible that it’s best for that chunk of text to remain exactly as it is, but does it need to? Our options as writers are practically infinite–is it possible there’s really no alternative whatsoever that still works with the entire story if he were to change that text?

This is the kind of thing that we can tend to get caught up in when we’re writing: “I know that part is kind of boring, but I have to get that information in so that people will understand the rest of the story” or “It would be great if character x had a change of heart here, but she isn’t like that,” or even simply “I wish I could try that, but that’s not how the story’s supposed to go.”

Alexander the Great and Indiana Jones 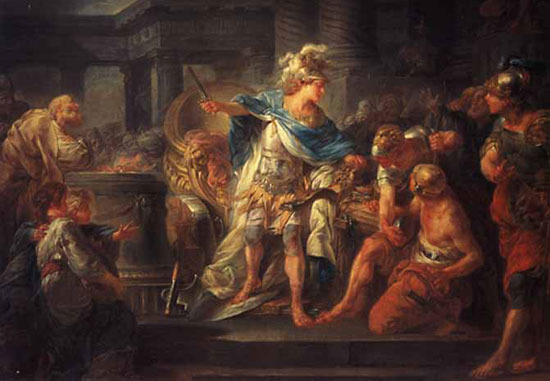 It’s easy to make ourselves think that some piece of our book–a character, an event, the way events are presented, a description, dialog, whatever–has to be the way that it is, but the fact of the matter is that virtually anything could be changed in a way that doesn’t harm or even improves the story. This doesn’t mean that we have to rethink everything we come up with, of course, but it does mean that any time we find ourselves obstructed by a decision we’ve made or a chunk of writing we’ve done, it helps to step away from that and think for a minute about the other ways we could tackle the same thing. If it doesn’t seem possible, it’s often worth actually giving an alternative a try to see if it somehow works out anyway. There is virtually always a different word, a different character twist, a different event that can do what we want it to do if we work hard enough to find it. And practice in this is practice writing differently, which gives us flexibility and fluidity and options.

These kinds of possibilities are a challenge to us to write better, to do more things at once in our writing. Frankly, my feeling is that we need all the advantages we can get. As the writing world gets harder and harder to predict from a business perspective, the only advantage we can really control much is how good we’re getting at writing itself. Being able to cut the Gordian knot (Alexander the Great) or shoot the scary-looking guy with the sword (Indiana Jones) is a good skill to have, and the only time it’s not available to us is when we’re facing that one, biggest fish–at which point, honestly, translating French poetry wouldn’t have saved us anyway.

2 thoughts on “There’s Always Another Way To Write It”