In 1956, Lee received a gift of a year’s wages from friends who told her to “write whatever you please.” Let’s take a moment now for intense jealousy. All done? OK, let’s see what happened next. 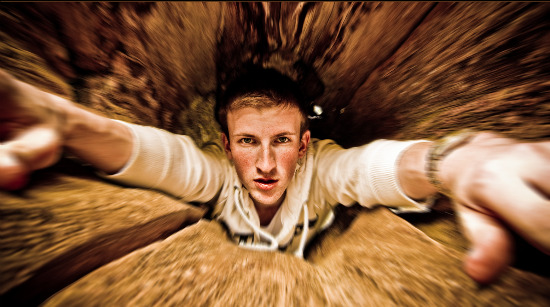 “Whatever Harper Lee pleased” turned out to be her first novel, To Kill a Mockingbird, which was published in 1960. It was a bestseller right out of the gate. Critics loved it. Readers loved it. It won a freaking Pulitzer Prize. To say that the book did well would be an ugly and thoughtless understatement.

Writers who would like to take the moral “Write whatever you please” from this story are welcome to take their things and go now. We’ll wait while you get up. However, you may wish to consider the many, many people who write whatever they please and fail to become bestselling Pulitzer Prize winners. I’m just sayin’.

On to the actual point of today’s column: Harper Lee’s greatest triumph seems to have absolutely crushed her spirit. Here’s what she said about the experience:

“I never expected any sort of success with Mockingbird. I was hoping for a quick and merciful death at the hands of the reviewers but, at the same time, I sort of hoped someone would like it enough to give me encouragement. Public encouragement. I hoped for a little, as I said, but I got rather a whole lot, and in some ways this was just about as frightening as the quick, merciful death I expected.”

My guess is that it was more frightening. I’ve talked on my psychology of motivation blog, The Willpower Engine, about Impostor Syndrome, which is the experience of feeling as though you are getting rewards or recognition you don’t deserve, through some kind of fluke or fakery. One of the people I coach, for instance, is about to start her first year at Harvard after a fairly terrific high school academic career. Her grades were no accident, yet it’s hard for her to believe that people aren’t overestimating her. So it is, I suspect, with Harper Lee.

Because Harper Lee hasn’t offered any fiction for publication since To Kill a Mockingbird was published. She worked on a second novel, but wasn’t satisfied with what she was coming up with and, tragically and tellingly, burned it. While I don’t know Ms. Lee and could potentially be making unwarranted inferences, it appears that she suffers from a crippling fear of sucking.

After all, how would it feel if you wrote a novel that was praised to the South Pole and back, then wrote a second novel that was universally recognized as unreadable hackwork? In reality, I suspect a bad second novel would be quickly forgotten after the initial disappointment. It would have to be far, far worse than the usual offering to lastingly tarnish her reputation. And yet the fear of sucking seems to have deprived us of any and all other Harper Lee novels that might ever have been.

And unfortunately, fear of sucking is not restricted to Pulitzer Prize winners. Whether we have great successes in our past or no track record at all, it’s all too easy to look at something we’re writing and let the fear that it isn’t good enough crush us. We might stop writing, or fail to send it out, or fail to send it out a second time, or fail to send it out a fifteenth time. (Harry Potter and the Philosopher’s Stone, by the way, took 13 tries. Rowling then went on to write six more books in the series, several of which are arguably better than that first, wildly successful volume, making J.K. Rowling in a way the anti-Harper Lee–as long as she doesn’t consider the whole Harry Potter series her To Kill a Mockingbird.)

I should be clear here: courage or no courage, our writing may at any given time suck. As good as practice can make us over time, there is never any absolute guarantee that our latest piece is any good, and there’s virtually no way any one person can judge the true value of a piece of writing, especially not the writer.

Yet there’s also good reason to believe that the latest thing you’ve been working on may well be the best thing you’ve ever written. Or if it isn’t, that finishing it and sending it out may grant you a precious insight that will take you to a whole new level of writing awesomeness. Courage can’t prevent us from sucking, but fear of sucking can prevent us from ever realizing our dreams.

A note: The discussion of Harper Lee in this piece is an extension of the big old section on overcoming writer’s block in my free eBook The Writing Engine: A Practical Guide to Writing Motivation. [Freaky man-in-a-hole image by TimOve]

6 thoughts on “The Courage to Suck”