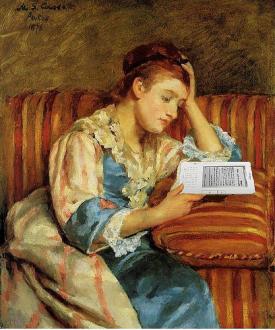 Writing for publication has always been tricky–not to mention challenging, exhausting, unpredictable, and demoralizing. Still, for many years at least the path was clear:

It was never half as thrilling as the daydreams we have of writing a bestseller that the critics praise to the skies (though even that can backfire: see my comments on Harper Lee in “The Courage to Suck” ).

You could say that none of the above has changed–after all, there are still agents and publishers, and the steps are still about the same with them as they have been for a number of decades. At the same time, there’s this new thing, the eBook self-publishing approach.

Self-publishing used to be easy for me to understand: I’d decided it was mainly for people who couldn’t make it in traditional publishing or didn’t want to put up with rejection after rejection, who wanted the quick and easy path to becoming “a published author” even if it meant shelling out cash instead of getting paid for writing and not having a real readership. It was also for the niche writer who had an audience too small to interest big publishing houses but whose topic and readers were clearly-defined enough that the book could be sold directly.

For someone who has always aspired to writing for large audiences, to me the upshot was that [self-publishing==failure]. It was utterly to be avoided.

But then came Print On Demand and Lulu and CreateSpace, and after that came the Kindle. Suddenly the possibility opened up that writers could publish their work to a potentially wide audience with very little trouble or cost. For instance, let’s say I had a modestly successful novel that went out of print a few years ago but that still had loyal fans. If the rights had reverted to me, either through a request to the publisher or though an automatic operation based on how my contract was set up, there was no real barrier to republishing it for the Kindle, and some people out there–an increasing number of whom would have Kindles–might be looking for it and end up buying it. One of my friends has done just this, parlaying a series whose traditional publisher had utterly failed to market properly into ongoing Kindle and POD sales that are providing him a full-time income. The books are making a good deal more selfpubbed than they ever did on bookstore shelves.

Or you might be one of those authors with an established following who decides to publish directly for readers who already know their work, like J.A. Konrath; or even an unpublished writer whose Kindle books catch on with readers to become Kindle bestsellers, like Amanda Hocking.

(Of course there are other places–BN.com, Google Books, Smashwords, and so one–where you can publish your eBook, and you can publish through Print on Demand technology in addition to or instead of eBooks, but Kindle sales are driving this revolution, so I’m focusing on those.)

The point is, there’s now an almost completely new, second career path option available to writers. What are we supposed to make of this? J.A. Konrath and Amanda Hocking are making boatloads of money on their eBooks, but the vast majority of people who have self-published eBooks are selling very few or no copies*. Most of the time, ePublishing your book gets it to about as many people as would read it if it were only available in the form of photocopied manuscripts hidden under an old rug in your basement.

This makes self-ePublishing–I’ll call this “selfpubbing” for short, even though selfpubbing can include Print on Demand books too–both an incredible source of motivation and an incredible source of disappointment. You can selfpub your just-finished or multiply-rejected novel, novella, novelette, short story, collection, or poetry book for free in just a few hours, if you can put together a cover and follow the formatting requirements. Within a day or so, searching for your name on Amazon will bring up an actual (e)book that people can actually buy! Books that have merit but are difficult to categorize, books that were too long or too short or too much like a book that just came out or not enough like a book that just came out can be published and have their chance to find a readership.

Of course, if you just publish the eBook and wait for the cash to pour in with no promotion, as I suspect most selfpubbers do (and I’m not counting repeated pleas on Facebook and Twitter for friends to buy the thing as promotion), you’re likely to be disappointed. If, however, you get reviews and get people to blog about your book, give interviews, find newsworthy angles and pitch them to news outlets, get mentions from people much more famous than yourself, and so on, then at least your book has a chance of reaching someone, and ideally it will reach a lot of someones, and those someones will love it and refer it to a lot of other someones. Unless you’re famous through some other means, you can’t launch a book to success all by yourself, but you can if more famous people or more far-reaching media take up your cause, or if you get readers excited and they start spreading the word.

It’s always possible, of course, that you’ll exhaust yourself in promotional efforts and get nowhere–a few people will buy your book, hardly anyone will review it, and the moment you start to rest all interest and sales will vanish. Does this mean that you’re an awful writer? Or that you’re not cut out for selfpubbing and should stick to the tradpub approach? Or that you just need more promotion? Or different promotion? Or that you should be writing different books? How do you know when to put time into writing and when to put time into social media or contacting bloggers or buying Google AdWords?

There’s no way to tell for certain. If your books don’t sell, your writing may indeed be nowhere near good enough (yet) for people to want to read it. Or it could be spectacular, but you may be no good at promotion. Or maybe the writing and the promotion are great, but your book isn’t packaged properly: the title and/or cover and/or price and/or supporting information are wrong.

Let me give you an example: about six months back, I selfpubbed a collection of 172 flash fiction pieces called Bam! 172 Hellaciously Quick Stories , which like most collections, sold very lightly. A few months later I got around to putting out a 99 cent sampler that included stories from Bam! plus one new story as a bonus: this I called 17 Stories About the End of the World. A while back, as an experiment, I dropped the price of Bam! to 99 cents, so that the sampler and the full book cost the same despite one having ten times as much content as the other.

The result was downright weird: the sampler has been outselling the full collection by a margin of five to one. At the same price. Through the same venues. That’s the shorter book selling better, now.

So what am I doing? A new experiment: I’ve broken out the book into nine separate samplers like My Friend in Hell and Other Very Short Stories and 19 Very Short Stories of Talking Animals with Serious Issues, which I’ve just released. I’ve upped the price of the collection to $2.99, in part to help people who buy the samplers feel like they’re not overpaying by comparison. At the very least, this should tell me whether my End of the World book is a fluke or not, and provide me with some fascinating (to me, anyway) sales information. What kinds of stories will turn out to interest readers the most?

They’re all legitimate choices. My suggestion in choosing among them is finding the method that gets you fired up. If you thrill to an “almost, but not quite” rejection letter (they’re a lot better than a form rejection!) or start feeling queasy when you think of having to dive into Twitter every morning, maybe your path is to be published traditionally. That’s also probably the way to go if you’re not sure of the quality of your own work. It’s all too easy to selfpub something just because it’s finished without really knowing whether it’s any good or not (see “Your Opinion and Twenty-Five Cents: Judging Your Own Writing“).

If on the other hand, you want to embrace social media but can do so without frittering away all of your writing time on Facebook, and if you’ve gotten enough clear feedback from people who aren’t your mother to know that your writing works for people sometimes, then maybe selfpub is worth a whirl.

Or you may be like me, pushing projects on both tracks at the same time while simultaneously sending out short stories for good measure. I don’t especially recommend this approach because it dilutes my efforts, slowing me down in every direction because I’m constantly exerting effort on several things at once. But then, this approach excites me, and I have a hell of a lot of energy. Ultimately I’m probably slowing down my overall progress, but at least I’m having fun doing it, and I’m moving forward.

I’d suggest that it’s much less a business decision than a decision of the heart. We’re lucky enough, at this point in history, to have at least two viable ways to make a living writing narrative fiction. Choosing the one that makes you excited to write will not only get you writing more, but will get you working more toward finding your audience–and I’ve yet to find a writer who complains about being too industrious at either.

[ *My estimates of typical Kindle sales are based on comparing Amazon sales rankings for the total range of Kindle offerings to the rankings of eBooks for which I know specific sales figures through discussions with the authors, my own among them. ]

Luc Reid is a Writers of the Future winner whose fiction and nonfiction have also appeared in Clarkesworld, Strange Horizons,Abyss & Apex, and other venues. He’s the founder of the Codex online writers’ group; author of Talk the Talk: The Slang of 65 American Subcultures (Writers Digest Books, 2006); a founding member of flash fiction group The Daily Cabal; and a former radio commentator. He is currently combining his writer site, writing blog site, and psychology of habits sites into a single entity atwww.willpowerengine.com . His eBook The Writing Engine: A Practical Guide to Writing Motivation, is available for PDF download on his site (free) as well as for Kindle. His new book is Bam! 172 Hellaciously Quick Stories, available for Kindle on Amazon and for all eBook formats on Smashwords, with a print edition expected in February.