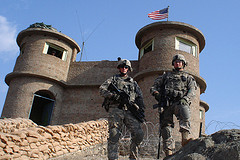 Remember the quasi-Millennial panic about the Conficker worm back in April? It turned out to be nowhere near as nasty and damaging a threat as it had been painted, but it was still unique in a number of ways – most notably in its own methodologies, and in the way the security and computer industries pulled together to defend against it. New Scientist tells the story:

… frenzied headlines were proclaiming the impending meltdown of the internet. But 1 April passed without event. This was not a total surprise. After all, it was just the first date on which the worm’s URL strategy could change – it was still up to its creators to flick the virtual switch. To the outside, it looked like a gigantic April Fool.

And indeed it may have been. In fact, the whole URL business was probably a red herring: using a centralised URL to release a worm upgrade – even one as painstakingly concealed as Conficker’s – is not a particularly sensible approach. It gives the authorities a specific target to counter-attack. From the second version onwards, Conficker had come with a much more efficient option: peer-to-peer (P2P) communication. This technology, widely used to trade pirated copies of software and films, allows software to reach out and exchange signals with copies of itself.

It’s an interesting story – one with a remarkably movie-like plot, albeit devoid of the vest-wearing tough guy heroes and big CGI explosions that you’d need to script in to sell it to Hollywood…

But what’s worth noting is that this is a new form of warfare, a bloodless and almost entirely computer-based iteration of fourth-generation insurgency that relies on subterfuge and networking to achieve its aims, and demonstrates complex strategic thinking on the part of its instigators. It’s good to see that the expertise exists to combat it, but you have to wonder what would happen if something similar was targetted specifically at a nation-state like the US, whose military brass have demonstrated a poor understanding of the web’s flat battlefield.

You can’t deploy tanks against this sort of threat; the game has changed. 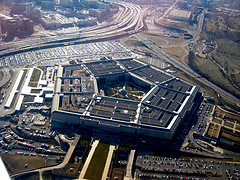 Like it or loathe it, there’s no escaping the fact that we live in a mediated world; even developing nations are becoming rapidly connected to two-way communications networks that are changing their perceptions and enabling new forms of interaction and collaboration – whether it be for good or evil. [image by randomduck]

The new world stage is digital; to be a player in the game, your pieces need to move in the mediasphere. Which is why John Robb sees the Pentagon’s insistence on sealing itself away from that mediasphere as a form of institutional suicide:

Bathed in a world view dominated by deprecated cold war logic/secrecy, it is in the process of trying to create an impervious bubble to shield itself from the very environment within which it is expected to fight. This can be seen in everything from a growing plethora of buildings that bar any and all communication devices to the blocking of Web sites that contain dangerous ideas.

So, in essence — by blocking access, hyping the threat posed by Chinese citizen hackers, and locking down facilities — the US military is self-inflicting grand strategic failure on itself. US servicemen are now being increasingly reduced to a level of isolation on par with an immunologically suppressed “bubble boy.”

Another approach is for the US military to learn to learn live in this media sphere. To leverage it and operate within it on a level that befits the trust and treasure we routinely imbue it with.

Avoiding it, by claiming it is too tough an environment for the US military to operate, is a path to complete obsolescence.

He’s got a point, there. After all, it’s not as if the Iraq and Afghanistan conflicts haven’t demonstrated that fourth generation warfare is a struggle for more traditional Western war-machines… and the internet and mobile communications are far more ubiquitous and affordable now than they were five years ago.

Robb’s mention of Cold War thinking is very telling, too –  I can’t be the only one who’s noticed the increasing prevalence of Red Menace news stories, predominantly focussing on China but taking in the former Soviet states as well. Geography is a dead scene; clinging to the old system of monolithic states as ideological opponents is a sort of wishful thinking that, at best, invites your own decline into irrelevance.