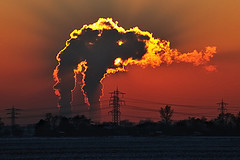 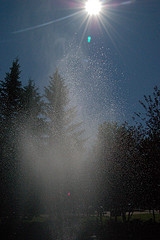 A microscopic sensor to detect toxins needs a power source.  Xiaomei Jiang and colleagues at the University of South Florida respond with an array of 20 polymer-based cells, each about the size of a 12-point lower-case letter O.

The polymer they selected has the same electrical properties as silicon wafers, but can be dissolved and printed onto flexible material. “I think these materials have a lot more potential than traditional silicon,” Jiang said. “They could be sprayed on any surface that is exposed to sunlight — a uniform, a car, a house.”

The next step is to test the array with the sensors. The team hopes to generate 15 volts by the end of the year. 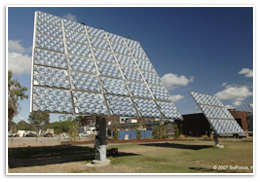 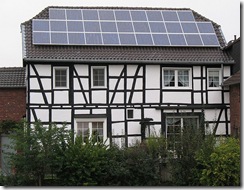 Carbon sequestration or carbon capture and storage (CCS) is an enticing possibility for those who like their global CO2 levels below 390 ppm but aren’t too keen on nuclear power. 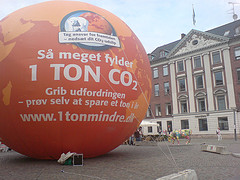 The basic idea is to carry on burning fossil fuels for energy, but instead of venting the waste CO2 into the atmosphere, bury it underground. Now CO2SINK, a European research project, have created the first underground carbon dioxide storage site at Ketzin, near Berlin:

It will pump up 60,000 tonnes of the greenhouse gas into porous, salt water-filled rock at depths of more than 600 metres (656 yards) over the next two years, the centre said.

This obviously won’t solve all the problems. After all it is probable that our fossil fuels will run out at some point. “Clean” fossil fuels might provide a useful stopgap before we decide on our long term energy mix.