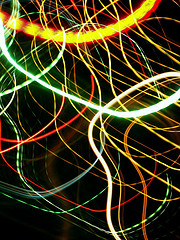 A nice confluence of Clarkian techno-positivism and 21st century orbital solar power in this post on Short Sharp Science:

And neither do the supermaterials that could make it a reality. The elevator community’s oft-quoted carbon nanotube fibres languish in labs unable to stretch more than a few tens of centimetres without breaking.

All the more reason, says Swan, to get serious research into elevator technology underway. “We should initiate the space elevator project now and have the space solar power people buy into the concept that we’ll have one by 2030 and start planning for it. Instead of a 50-year horizon, let’s have a 20-year one.”

Stirring stuff. The space elevator is in the class of things I definitely hope to see within my lifetime.

Article in the NYTimes. He was a young 90.

I grew up on the Rama series. It’s a close call between him and Asimov as to who influenced me most during my youth.

What are your fond Clarke memories?

The title says it all; Sir Arthur C Clarke, living legend of science fiction, turns 90 on 16th December 2007 – that’s this coming Sunday. The Astronomical Association of Sri Lanka (where Clarke has been resident for many years) have set up a special blog where you can leave a message for the man himself. [Via SpaceElevatorBlog]

Leading on nicely from Tomas’s post about "space as the third option" last week, IEEE’s Spectrum has an interview with one of the living legends of science fiction, Arthur C. Clarke. He talks about hearing the announcement of the Sputnik success, his hopes for the space tourism industry, and his continued faith in the space elevator concept – which was popularized (but not invented) by its appearance in his book Fountains of Paradise. [Via The Space Elevator Blog] [Image borrowed from the Arthur C. Clarke Foundation]