No clever commentary on this one; just an exhortation that you go and read the story of Vladimir Kamarov, Soviet astronaut and best buddy of Yuri Gagarin, and his harrowing death from falling to earth in a space capsule that everyone knew wasn’t fit to fly [via MetaFilter]. Not only does it shine a light on the spectacular levels of wilful ignorance that the Soviet top dogs were willing to engage in if it meant possibly getting a jump on the Yankees, but – if it can be taken as true – it’s also a story of making the ultimate sacrifice to save a friend’s life.

The space vehicle is shoddily constructed, running dangerously low on fuel; its parachutes — though no one knows this — won’t work and the cosmonaut, Vladimir Komarov, is about to, literally, crash full speed into Earth, his body turning molten on impact. As he heads to his doom, U.S. listening posts in Turkey hear him crying in rage, “cursing the people who had put him inside a botched spaceship.” 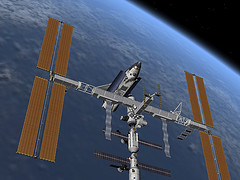 There may be little to no consumption of alcohol aboard, but there’s plenty of drugs on the International Space Station – albeit not for recreational purposes. The Discovery Space blog has a list of the contents of the ISS pharmaceutical kit-bag, of which this is just one [via SlashDot]:

Tranquilizers: […] astronauts keep a few tranqs on hand in case anyone goes all suicidal or psychotic in space. NASA recommends binding the individual’s wrists and ankles with duct tape (ever the space traveler’s friend!), strapping them down with a bungee cord and, if necessary, sticking them with a tranquilizer. Sure, it hardly makes for a civilized evening aboard ISS, but it beats someone blowing the hatch because they think they saw a something crawling on one of the solar panels.

Good old NASA, always thinking ahead. If you’re still curious about the astronaut lifestyle, Bruce Sterling has written a piece based on an interview with Nicole Stott that sums up what it’s like to live in space:

The time you spend in outer space will change your blood and hormone levels, and your bones and muscles will slowly waste away. A three-month stay is optimal; six months is pushing it. You’re going to need to get in shape and remember to pack light.

With that understood, let’s settle in. Built over the course of ten years by a wide variety of contractors­­—–and still a work in progress—–the ISS is a hodgepodge trailer camp graced with quite a lot of Russian design. It features two basic living elements: big round tubes, trucked up there in the American Space Shuttle, and smaller knobby tubes, fired up on other people’s rockets. All these pods have been snapped together, mostly end to end, or, as you’ll say on the station, “fore and aft.”

In a nutshell: it’s not exactly a five star hotel. But you know what?

I’d still go tomorrow if they gave me the chance. [image by FlyingSinger] 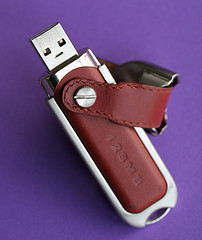 How does this sound for a headline:

A retired French army colonel is preparing to make a record-breaking attempt…to complete a 1000mph skydive from the edge of space.

So far, to my knowledge, he’s been unable to make this jump because of poor weather conditions, but you can’t blame him, considering how he’s going to go about doing it:

The mission involves ascending in a pressurised capsule suspended from a helium balloon for two and a half hours to the edge of the stratosphere.

and the risks involved:

A re-enforced crash helmet will protect his ears from the thunderous sonic boom he will create as he breaks the sound barrier.

I hope this turns out well, and maybe sets a precedent for astronauts and extreme sports adventurers.  If it does work out, it seems like a definite trend for the future.

That’s what one politician wants, saying NASA should keep flying the shuttle to avoid depending on Russia to fly astronauts up.

That could be a disaster, much better to take that average cost of $450 million per shuttle launch and offer $450 billion to the first private company to launch someone to the space station by, say 2011.

Or better yet, for eye-catchiness, take the cost of 2 shuttle launches and round up slightly. $1 billion ought to turn heads, don’t you think?