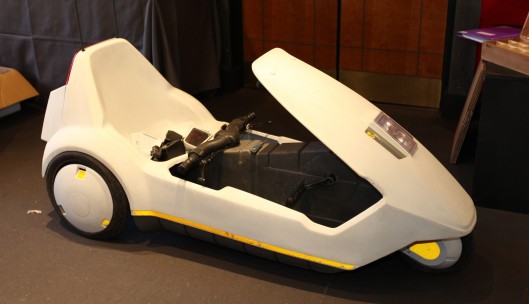 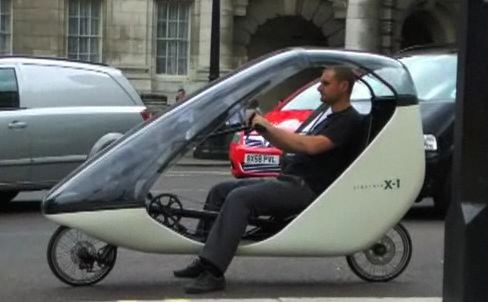 Here’s another story that’s all over the shop (I got it via both MeFi and Chairman Bruce), that reminded me a fair bit of Geoff Ryman’s Air: a report at The Guardian about “InfoLadies” in Bangladesh, young women who saddle up on a bicycle with a netbook, a mobile phone and a bunch of medical supplies in order to sidestep corrupt infrastructure, deliver useful knowledge to rural citizens, and transform their lives in the process.

“Ask me about the pest that’s infecting your crop, common skin diseases, how to seek help if your husband beats you or even how to stop having children, and I may have a solution,” says a confident Akhter.

“An InfoLady’s netbook is loaded with content especially compiled and translated in local Bangla language,” says Mohammed Forhad Uddin of D.Net, a not-for-profit research organisation that is pioneering access to livelihood information. “It provides answers and solutions to some of the most common problems faced by people in villages.”

The success of the InfoLadies is making the failure of the state more noticeable. “We have corruption and political interference in every sector,” says Gullal Singha, a state executive officer of Sagatha sub-district. Sagatha is severely affected by soil erosion and is home to the poorest of the poor. “Even the ultra-poor entitled for food relief are segregated as Bangladesh Nationalist Party poor or Awami League poor,” says Aziz Mostafa, an elected representative of a local civic body.

This explains why thousands of Bangladeshis have embraced InfoLadies and their laptops, which are making lives easier and arguably better. “In most cases I’m able to provide an instant solution using my database,” says Luich, who is educated to secondary school level. For skin infections, she sends the patient’s picture to her organisation’s call centre in Dhaka, where experts help with diagnosis and advise hospital referral if required.

“In many places there are no doctors for miles, and fatalities for easily curable diseases are very high. An InfoLady can save lives,” says Shahadat Hossain of NGO Udayan Sabolombi Shangstha. Government statistics show Bangladesh has only three doctors per 10,000 people.

This is certainly a very disruptive thing to be happening, and it looks as if the disruption is largely positive so far, at least for the villagers themselves – I’m not sure the minor functionaries cut out of the baksheesh loops will be so pleased, for instance. But there’s a kind of technological (or maybe informational) colonialism occuring here, too; it’s not inconceivable that the men and clerics so discomforted by the InfoLadies might find that many of the changes taking place are not to their liking… and that could get ugly. The state won’t like being made to look superfluous to people who already consider it to be little more than an apparatus of exploitation, either; I’m not sure which I feel less sorry for.

How long before the InfoLadies get a sense of personal kudos and cultural agency about their transformative outsider status, start wearing a lot of American Apparel threads and riding fixies? Less snarkily, how many rural daughters will want not just to learn new things from the InfoLadies, but to follow in their footsteps? And how many traditionalist fathers will accept that? Change is a double-edged sword; in Bangladesh and other developign nations, the incredible speed with which cultural change will occur (as the world and its wide web encroaches closer) will be individually empowering, but collectively destabilising. Choppy seas ahead, captain.