Via Sentient Developments, here’s some brainfood for them as likes their high-concept cosmological hard SF. Y’know how SETI has yet to locate any alien civilisational traces by looking for large-scale exploitation of stellar energy sources? Well, perhaps they’re looking in the wrong cupboard; a new paper from Clement Vidal of the Evolution, Complexity and Cognition group at the Vrije Universiteit Brussel posits that black holes are the ideal energy source for an ultra-advanced civilisation, and that our own universe might actually be “a science fair project of an entity from an exo-universe”:

Energy-hungry galactic empires might skip tapping stellar energy and simply go to extracting energy from black holes. These collapsed islands of space-time are the universe’s ultimate Energizer Bunnies. They are far more efficient at converting mass to energy than are the fusion engines of stars.

But more than that, says Vidal, is the ability to control the microcosm as well. Today we can manipulate individual atoms via nanotechnology. But advanced alien physicists would tinker with elementary particles and the very structure of space-time itself.

Having mastered control over space-time, a super-civilization might want to fabricate their own black holes for a variety of tasks: waste disposal, starship propulsion, hyper-computing, maybe even time travel.

On the macro-scale, super-civilizations might re-engineer stars using black holes. The quest for immortality beyond a star’s lifetime would be a big motivation.

Suppose extraterrestrials manufacture a black hole to accrete material from a burned-out star, a white dwarf. This would provide abundant energy beyond the star’s fusion-burning stage.

It may be impossible to define sensawunda, but I can sure as hell point it out when I see it. *points* 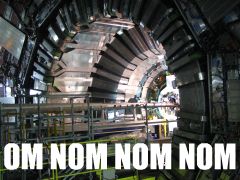 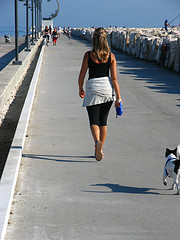 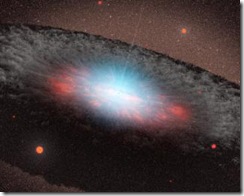 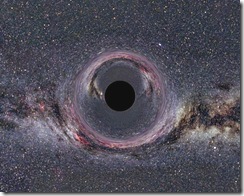 There’s a science fiction tale or two to be dug out of this little science item, I’m thinking:

If the latest simulation of what happens when black holes merge is correct, there could be hundreds of rogue black holes, each weighing several thousand times the mass of the sun, roaming around the Milky Way galaxy.

The simulation in question is focused on “intermediate mass” black holes, and there isn’t really even any strong evidence that such things, weighing a few thousand solar masses, exist. (Via PhysOrg.)

Still, if they exist, and two of them of different sizes and rotating at different speeds combine, the simulation indicates resulting merged black hole gets a kick in the pants that can hurl it away in an arbitrary direction at a velocity that averages 200 kilometres per second but in some instances can be as high as 4,000 kilometres per second–enough in either case to allow the black hole to escape the globular cluster where these intermediate black holes (if they exist) are predicted to form.

The researchers are reassuring:

“These rogue black holes are extremely unlikely to do any damage to us in the lifetime of the universe,” Holley-Bockelmann stresses. “Their danger zone, the Schwarzschild radius, is really tiny, only a few hundred kilometers. There are far more dangerous things in our neighborhood!”

Of course, anything with a mass of a few thousands suns wandering close to the solar system is going to play havoc with planetary orbits…but fortunately, space is very, very big.

It’s probably nothing to worry about.