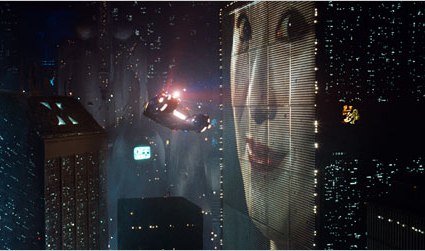 The 25th anniversary version of Blade Runner, dubbed, “The Final Cut,” is being shown in select theaters this month in New York and Los Angeles, and will be released as a five disc set (Blu-ray and HD-DVD) in December. According to a New York Times article, this is the movie as director Ridley Scott originally intended for it to be seen. In creating this version, the film was painstakingly restored:

The special effects that produced this vision were amazing for their day. Created with miniature models, optics and double exposures, they seemed less artificial than many computer effects of a decade later. But like film stock, they faded with time.

For the new director’s cut, the special-effects footage was digitally scanned at 8,000 lines per frame, four times the resolution of most restorations, and then meticulously retouched. The results look almost 3-D.