The New York Times has a review of Strange and Stranger: The World of Steve Ditko, a biography and critical study by Blake Bell (Fantagraphics). Stan Lee always knew how to promote himself, and the late Jack Kirby is getting the props he deserves. Ditko is less well known to the public, but of course every comics fan knows he was the original Spider-Man artist. (Tobey Maguire was such a great casting choice, capturing the antiheroic geekiness of the early Peter Parker.)

He split with Lee and Marvel in 1966. By then, he’d fallen under the spell of Ayn Rand and Objectivism, and started producing an endless string of ham-fisted comics about how A is A and there is no gray area between good and evil and so on. “The Hawk and the Dove,” for instance, concerns two superhero brothers who … oh, you’ve already figured it out. Ditko could still devise brilliantly disturbing visuals — the Question, one of his many Objectivist mouthpieces, is a man in a jacket, tie and hat, with a blank expanse of flesh for a face — and his drawing style kept evolving, even as his stories tediously parroted “Atlas Shrugged” and “The Fountainhead” at the expense of character, plot and ultimately bearability.

He drew Transformer coloring books and Big Boy comic books, almost as if he followed John Galt on strike.

(Self-indulgent note: Rand is always good for starting an argument, in my experience…) 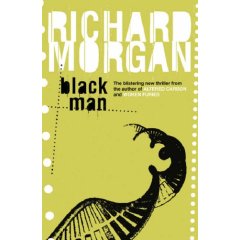