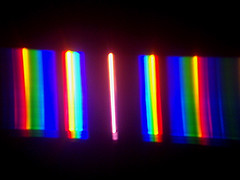 The French-invented Zero-Pollution MDI Air Car, already licensed to a car company in India, is coming to the United States, with the first reservations to be taken within the next couple of months, although it will be 2010 before any cars are delivered. (Via Gizmag.)

The car uses a compressed-air motor developed by MDI International. It’s a four-door, seats six, and boasts a don’t-bother-drag-racing 75 horsepower. It will run up to 35 mph entirely on air; if you want to go faster (up to 90 mph), you have to burn a little gas to heat and compress more air. It’s supposed to have very low maintenance costs (30,000-kilometre service intervals), a range of up to 1,000 miles, and cost less than $20,000.

Not surprisingly, it was one of the first entries in the Automotive XPrize competition, which aims to do for efficient, clean personal transportation what the original X-Prize did for private space exploration.

Sound too good to be true? It may be: here’s a skeptical take on the idea from Technology Review.

Time will tell, but if you’re an early adopter and you live in the U.S., now’s your chance to ensure you’ll be the first on your block whose car goes “Phffft!” instead of “Vroom!” 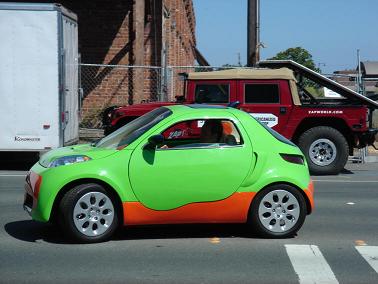 Lotus and Brazilian car manufacturer Obvio have a number of versions of cute VW Beetle-esque cars that run on any combination of ethanol, petrol or natural gas. They also have optional upgrades to become plug-in electric vehicles. They have a very consistent design style and the car even features an inbuilt ‘carputer’ with GPS, details on nearby locations such as restaurants and virtual instrumentation. You can also use the console as a normal PC. The engine uses continuously variable transmission (CVT) rather than distinct gears which aims to cut down on fuel use.

The Obvio 828 is projected for sale at around $14,000 and the more sporty Obvio 012 is projected at $28,000 although the electric versions are currently a lot more.

[thanks to Alex Thorne for the link, picture via the Obvio website] 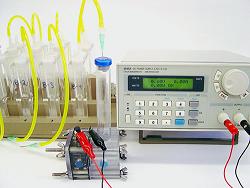 Researchers at Penn State University have produced hydrogen gas at efficiencies not found before. Tweaking an existing method that previously produced poor rates and yields, the scientists found they could produce nearly 300% the energy used to kickstart the reaction.

Electron-generating microbes produce an electric current that is run through a fuel cell containing biological matter. By adding an additional jolt of electricity at the cathode, the bacteria breaks down the organic matter into hydrogen, without releasing much in the way of greenhouse gases. Whilst this is an early result needing mass study and production, it’s a very promising discovery towards clean fuel.

[via Daily Kos, picture via Wired] 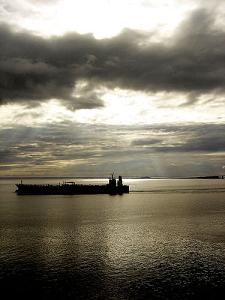