You know how it usually works: you get back from a few days away to find your email inbox full of invoices, frantic requests for assistance and other things clamouring for your immediate input. Makes trying to find things to blog about a bit tricky… unless you find something like this email from Morgan Hubbard of the University of Massachusetts-Amherst nestling among the others:

I’m a grad student at the University of Massachusetts-Amherst. I recently debuted Uncertain Futures, an online exhibit on the cold war history of American science fiction. It’s heavy on visuals and media, and I’d like to think it’s breezy and narrative enough to hold a reader’s attention. Is this something Futurismic might like to mention?

It certainly is, Morgan – and not just because of its conveniently timed arrival! Go take a look, folks; it’s good accessible scholarship married to striking yet usable web design. Not just an insight into science fiction’s past, but maybe an insight into the long-overdue future of the academic paper in a multimedia landscape… 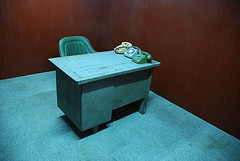 Alternate-history fans will appreciate these US Department of Defense maps of a projected Soviet invasion of Western Europe, heralding as they would have done the beginning of WWIII:

This map is a really a picture in macro-scale of the epic tank battle for the plains of Germany, that entire generations of Western and Soviet officers built careers around planning and preparing for. In the history of human civilization, the Soviet Western TVD invasion was probably the most researched, contemplated, and gamed out battle that was never actually to take place. Fifty years of voluminous strategic studies were compiled by both sides on this very subject, as both sides searched for advantages in a truly enormous field chess game.

I don’t know enough about the history to say if this is paranoiac or just horrific. 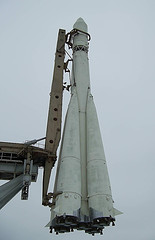 OK, this isn’t strictly a science fictional post, but it’s just that interesting a story – and a well-told one, too – that I thought it deserved sharing here, where I think it’ll be appreciated. It’s the tale of two Italian radio geeks, and how they accidentally became the ears of the West within Russia’s space programmes – the one that’s common knowledge, and the ones that were kept quiet.

It is the ultimate in Cold War legends: that at the dawn of the Space Age, in the late 1950s and throughout the 1960s, the Soviet Union had two space programmes, one a public programme, the other a ‘black’ one, in which far more daring and sometimes downright suicidal missions were attempted. It was assumed that Russia’s Black Ops, if they existed at all, would remain secret forever.

The ‘Lost Cosmonauts’ debate has been reawakened thanks to a new investigation into the efforts of two ingenious, radio-mad young Italian brothers who, starting in 1957, hacked into both Russia’s and NASA’s space programmes – so effect­ively that the Russians, it seems, may have wanted them dead.

True, or bunk? I don’t know – but it’s a damned good story. Go read it – it’ll be fifteen minutes well spent. [via the indispensable MetaFilter; image by James Duncan]