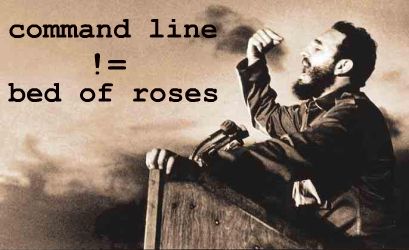 In Spring 2006, I spent a week in Berlin with some friends from university. As part of a city tour highlighting the Berlin’s Cold War heritage, the guide made a passing reference to plans for the digital reconstruction of files shredded by East German secret police.

As this project entered its pilot stage in May 2007, Germany’s Spiegel Online reported on the finer details;

[W]ith the looming collapse of the Communist regime becoming increasingly evident [in 1989], agents of the East German Staatssicherheitsdienst … feverishly plowed millions of active files through paper shredders, or just tore them up by hand.

Rights activists interrupted the project and rescued a total of 16,250 garbage bags full of scraps. But rescuing the history on those sheets of paper amounted to an absurdly difficult jigsaw puzzle. By 2000, no more than 323 sacks were legible again — reconstructed by a team of 15 people working in Nuremburg — leaving 15,927 to go. So the German government promised money to any group that could plausibly deal with the remaining tons of paper.

The Fraunhofer Institute won the contract in 2003 … Four hundred sacks of scraps will be scanned, front and back, and newly-refined software will try to arrange the digitized fragments according to shape, texture, ink color, handwriting style and recognizable official stamps.

This week, as the pilot phase of the project reached completion, the BBC’s radio programme Digital Planet picked up on the story;

“It will be a long job – but that’s the interesting part,” said the Fraunhofer’s Jan Schneider.

“First we have to digitise all the pieces from the bags. This is done by a special high-speed scanning device.

“The next step is to segment the image itself from the raw scan – we need the outline of the pieces, pixel-wise, to perform the reconstruction process after that.

“Then all digitised pieces of paper are stored in the database. After that we reconstruct a lot of the descriptive features of the pieces.”

However, at the former Stasi prison Hohenschonhausen, the main place political prisoners were held and subjected to torture, there are criticisms that the process has already taken too long.

“I think it comes a little bit late,” said Hubertus Knabe, director of the memorial at the site, which is also a museum.

“Nearly 20 years after the fall of the Wall we start to reconstruct these Stasi files, which are really important: the most important files were the ones they destroyed.

“I am happy that now it is going forward, but it is late.”