An ongoing trend in design tools and techniques lies in finding ways to make CAD more intuitive by using pen-based interfaces, from Physorg:

Because thinking about a new product shape by sketching is more expressive and more intuitive for engineers than the traditional mouse-and-menu-based design interfaces, the new system gives users more freedom to be creative and a shorter learning curve for use.

By providing greater freedom in conceptual design phases and alleviating costly redesign issues, the new technology will have an immediate impact on a multitude of industries, Carnegie Mellon researchers said.

This sounds similar to the ILoveSketch software tool, demonstrated in this video: 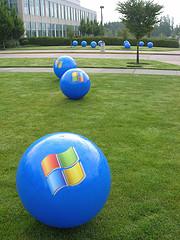