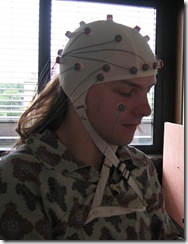 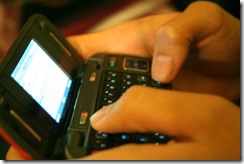 This is something straight out of a Philip K Dick story… or maybe a Douglas Adams novel. Worried that your hectic lifestyle doesn’t leave enough time for prayer? Concerned that your panoply of Earthly duties might detract from your devotionals? Never fear – the good people of Information Age Prayer have got your back:

Information Age Prayer is a subscription service utilizing a computer with text-to-speech capability to incant your prayers each day. It gives you the satisfaction of knowing that your prayers will always be said even if you wake up late, or forget.

We use state of the art text to speech synthesizers to voice each prayer at a volume and speed equivalent to typical person praying. Each prayer is voiced individually, with the name of the subscriber displayed on screen.

Somewhere there is a room full of computers* that sounds like a chorus of Stephen Hawkings reciting the Beatitude… which is a pretty weird thought for a Monday morning. Or any morning, come to think of it. And hey, just in case you were thinking that Information Age Prayer was some sort of cop-out or shortcut:

At Information Age Prayer we think our service should be used like a prayer supplement, to extend and strengthen a subscriber’s connection with God. Traditional prayer is an integral part of this connection and should never be forgone, even after signing up.

I think my brain is broken. More coffee is needed… [via Pharyngula]

[ * – The more I think about this room-full of chanting computers, the more I suspect that it may not actually exist. ] 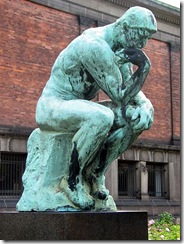 There is something wonderful about this 1981 newscast on the future of newspapers delivered via personal computers:

Interesting how things turn out.

[via The New York Times]