Title says it all, folks. 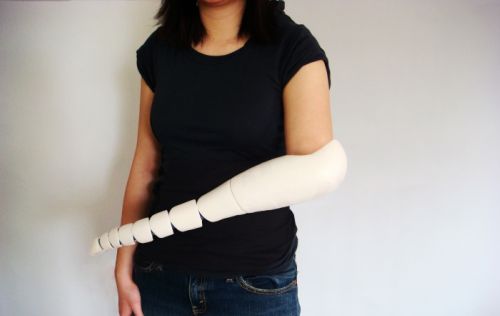 Makes those more pedestrian* bespoke prostheses look a little tame, no? [via George Dvorsky, though seen in a fair few other places too] 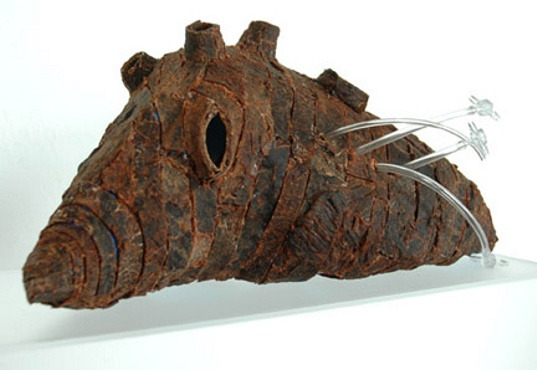 Sometimes it seems like architects and designers are the last bastion of that positive and streamlined best-case-scenario futurism that informed Golden Age science fiction. Check out the LilyPad from Vincent Callebaut, which is his idea for a floating home for all the people who’ll be displaced by climate change, drought and rising sea levels [via ExtropistExaminer]; ain’t it pretty? 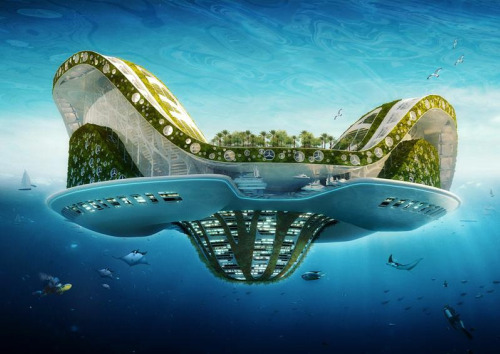 It also looks a little pricey – who’s gonna pay to have that thing built? I rather suspect that any floating city of climate refugees will look, feel and act a whole lot more like the The Raft from Stephenson’s Snow Crash than Callebaut’s LilyPad… 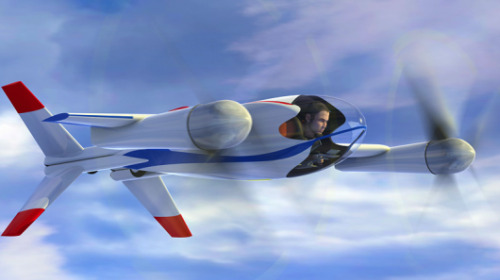 Nice to see NASA aren’t just resting their feet on the desks at the moment, though whether the Puffin concept would ever make it out of R&D (let alone strike anyone as useful or necessary at a consumer level) is a question probably best left unasked. As charming as it is, I look at that thing and think “oooh, Sinclair C5!” Though maybe some of the world’s crankier and/or more show-offy military forces would invest in them just for their wow factor.

I know I could never afford one, but even so: the avarice, it burns…

We’re starting to see a lot of these urban agriculture concepts cropping up (arf!); the Plantagon is (or, rather, might be) a geodesic dome containing a spiral ramp covered with fresh-grown foodstuffs, and its designers believe its food output would pay for its construction. 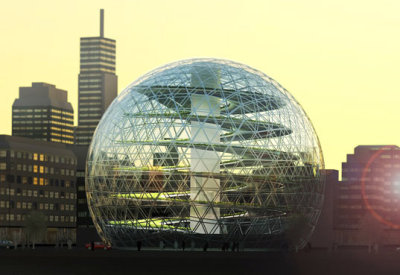 According to Plantagon, the farm “will dramatically change the way we produce organic and functional food. It allows us to produce ecological [food] with clean air and water inside urban environments, even major cities, cutting costs and environmental damage by eliminating transportation and deliver directly to consumers. This is due to the efficiency and productivity of the Plantagon greenhouse which makes it economically possible to finance each greenhouse from its own sales.”

No word on how exactly the Plantagon system works, but the company says that consulting engineering firm Sweco has helped untangle the technical kinks of the project. Plantagon hopes to have its first vertical farm up and running within three years.

Call me cynical, but I doubt the Plantagon as it appears here will ever make it into production. That said, the sheer number of urban agriculture concepts that are being kicked around at the moment suggests that there’s enough interest in the idea for it to become a reality at some point in the relatively near future… once pragmatism and the harsh economic truths of the world beyond the drawing-board brainstorm have shaved down the budgets a little bit, perhaps. [image by Plantagon]

Or maybe the construction of urban farms will be started in blazes of publicity and viridian glamour, only for the funding to be pulled (or embezzled, or just plain “lost”) half-way through, leaving huge Ballardian lumps of unfinished futurism lying around on the urban landscape, waiting to be colonised and turned into squelettes…