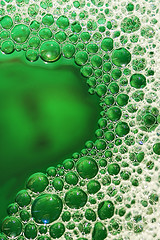 There’s no shortage of weird and wonderful ideas flying around with regard to fixing the financial systems and making them fairer for the end users (i.e. most of us), but this is the first time I’ve heard this one crop up: state-backed interest-free transactional credit – or, in layman’s terms, a credit card issued by the government.

Access to revolving credit should be rationed, but transactional credit should indeed be ubiquitous. Not having to carry and count cash, deal with paper checks, or even worry about some particular account’s balance at the time of purchase are important benefits. Indeed, an efficient payments system is a public good. That’s why states are in the business of establishing currencies, right?

In fact, while transactional credit provision is a perfectly good business, it might be reasonable for the state to offer basic transactional credit as a public good. This would be very simple to do. Every adult would be offered a Treasury Express card, which would have, say, a $1000 limit. Balances would be payable in full monthly. The only penalty for nonpayment would be denial of access of further credit, both by the government and by private creditors. (Private creditors would be expected to inquire whether a person is in arrears on their public card when making credit decisions, but would not be permitted to obtain or retain historical information. Nonpayment of public advances would not constitute default, but the exercise of an explicit forbearance option in exchange for denial of further credit.) Unpaid balances would be forgiven automatically after a period of five years. No interest would ever be charged.

As is immediately pointed out in the resulting comment thread at MetaFilter, there’s a strong aroma of socialism around that idea which would prevent its adoption… not to mention the fierce anger of the credit card companies, should the idea be tabled seriously. But if there’s one thing we should have learned over the last few years, it’s that schemes which frighten the companies who make a killing by lending us money are well worth considering more closely. 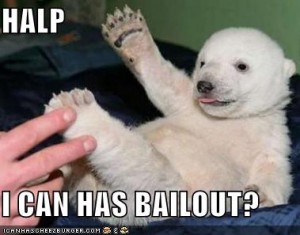 That’s one of the reasonings in a Guardian article today entitled ‘Toxic Shock: how the banking industry created a global crisis’. With policymakers unsure about what to do, many regulators are starting to get tougher with their requirements, which will make credit less abundant. As much as $1 Trillion dollars could have been lost in the crisis, and that number could rise. In the short term, it’s likely to lead to difficulties in loans. In the longer term, reregulation and tighter lending standards will change the shape of the world economy.

That’s not to say the economy is totally without worth at the moment. Wired’s latest issue has a series of 9 articles on positive business trends in 2008, including open source software and ‘Instapreneurs’ that make their products with virtually no lead time in a manner very much like in Futurismic’s April short story, ‘Mallory’ by Leonard Richardson.

[via the Guardian and Wired, photo from I Can Haz Cheezburger via Shiny Things]