From a photo-essay/collection thingybob at The Atlantic: Syrian rebel fighters and their homebrew military hardware. There are lots of shots of chaps lathing mortar shells, as well as crude hand-welded onagers made from shelving and rebar; that’s your continuity verification, a through-line of human experience that you can draw through the wars of centuries past. But these two are the ones that tell you we really ain’t in Kansas any more: 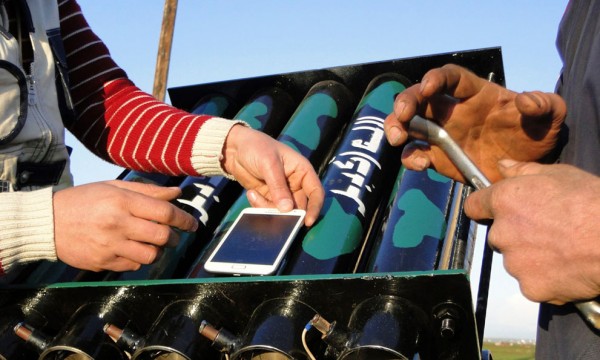 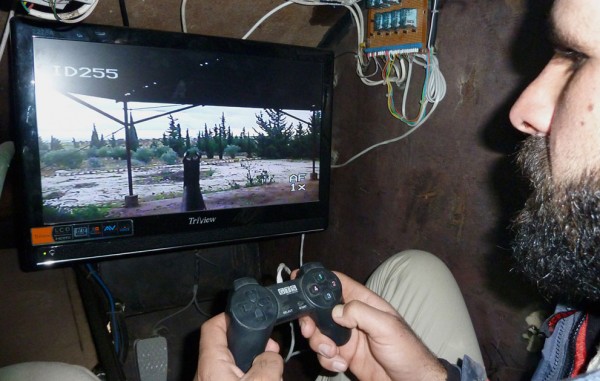 When Tim Maly invited me to contribute to the 50 Posts About Cyborgs project, I had a nagging suspicion that I’d have a run-in with impostor syndrome… and I was right. The nearly complete run of posts (49 of them linked from the Tumblr above as I type this) contains some of the smartest and most brain-expanding material I’ve read in a long, long time, from some incredibly erudite writers and thinkers. If you have any interest whatsoever in the post-modern human condition in a technology-saturated world, in where we came from as a species and where we’re going, or in what being (post?)human actually means, then there’ll be something there for you to enjoy – so go read.

And many thanks Tim for inviting me to take part; I’m one proud impostor. 🙂

September is the old man’s favourite time of year. This morning New Southsea basks in the upper twenties as the summer sear fades out, and the high tides leave less silt in the streets. “Shorts weather, young lady,” he mumbles around his post-breakfast smoke, smiling in the sunlight as the post-grad girl clears away the crocks, boots up the base-unit for his ancient spex and helps him over to his scarred thriftwood desk. “Great day for an etymological celebration, I reckon.”

She can’t help but agree; he’s a grumpy old bastard a lot of the time, but his enthusiasm’s infectious when it takes him. Someone somewhere in New Southsea celebrates some marginal anniversary or festival every day of the year, but as obscure temporal landmarks go, today might take some sort of award. She’s surprised by how much she’s been looking forward to it… though again, she figures she’s just tuning into the old man’s vibes somehow. The reason seems inexplicably unimportant. END_OF_DOCUMENT_TOKEN_TO_BE_REPLACED