Apologies to Paul Mcauley for pinching the name of his blog for a post title, but it felt appropriate!

In addition to raking over our old friends the Drake Equation and the Fermi Paradox, COSMOS Magazine looks at the possibilty of the sort of planets found in classic space opera actually existing… you know the sort, solid globes of diamond or iron or ice or whatever else.

THE EARTH FORMED in a region of the Solar System’s protoplanetary disc that was relatively rich in the element oxygen. So on top of an iron-rich core, our planet is mostly built out of oxygen-containing silicate rocks. But further out in the protoplanetary disc, the ratio of the elements carbon and oxygen was probably different.

A class of meteorites found on Earth, called enstatite chondrites, may have formed in this region – they have a ratio of carbon to oxygen that is a thousand times larger than the ratio found on Earth.

“If an entire planet were to have condensed from this kind of raw material, it would have ended up enormously different from the Earth,” says Marc Kuchner, an expert on exoplanets at NASA’s Goddard Space Flight Centre near Washington DC.

Built out of relatively more carbon than oxygen, such a planet would still have a metallic iron core, but the outer layers could be composed of ceramics – silicon and titanium carbides – with a shell of pure carbon on top.

These ceramics and graphite would make the entire planet extremely hard and heat-resistant, and it could survive much closer to its star. Even more bizarre is that the high pressure beneath the surface would convert the bottom of the graphite layer into an entire shell of diamond that would be many kilometres thick.

That’s your sensawunda fix for the day, I reckon. And if you’re a fan of the OMG-we’re-so-insignificant angle, try this for size: Earth’s habitable period may nearly be over, at least on a cosmological time-scale [via SlashDot].

“The Sun does not seem like the perfect star for a system where life might arise. Although it is hard to argue with the Sun’s ‘success’ as it so far is the only star known to host a planet with life, our studies indicate that the ideal stars to support planets suitable for life for tens of billions of years may be a smaller slower burning ‘orange dwarf’ with a longer lifetime than the Sun ― about 20-40 billion years. These stars, also called K stars, are stable stars with a habitable zone that remains in the same place for tens of billions of years. They are 10 times more numerous than the Sun, and may provide the best potential habitat for life in the long run.”

Take that, Rare Earth Theory! Turns out we’re not so special after all… though whether that’s reassuring or depressing is a matter for debate. 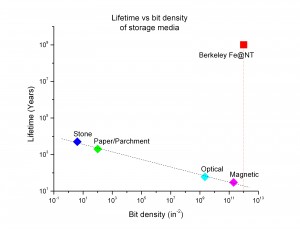 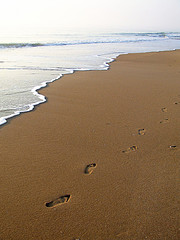