I imagine you’ve already heard about The Last Ringbearer, a retelling of Lord of the Rings from the Mordor side of the fence. I rather wish I had the spare time to read it, as the underlying concept is brilliant: it really speaks to our Zeitgeist of revisionism and polarised politics, and also addresses a lot of the major criticisms of Tolkien’s epic.

It also shines a light on intellectual property law. The fact that it’s available in English translation for free (meaning that writer Kirill Yeskov makes no money from it, but gains a whole load of profile and notoriety off the back of a book that has already done very well in Europe) means that, for now, the Tolkien estate isn’t gunning for a take-down. But would a take-down be justified? You could certainly argue that it’s a derivative work, but then so is the well-known (and frankly tedious) parody Bored Of The Rings; if the latter is protected by fair use, why shouldn’t the former be protected under the same terms? Is derision the only protected form of commentary on cultural artefacts? (If so, that might explain the general tone of, y’know, the entire internet… 😉 )

The lack of warning salvos from the Tolkien estate suggests that they don’t think The Last Ringbearer is a battle worth fighting, because they’re happily taking aim at other works related to Tolkien and his output. Texas author Stephen Hilliard is looking to publish a novel that features Tolkien as a character, and is pitching it as a work that combines historical fiction and literary criticism; the Tolkien estate has issued a cease-and-desist on the grounds that it has “a property right to commercially exploit the name and likeness of J.R.R. Tolkien”. [via SlashDot] I’d have thought they’d just angle for a cut of the profits, but apparently they just want Mirkwood squashed completely. I can’t decide whether that’s less disappointing or more so… or what this means for my long-considered series of short stories about a simulated reincarnation of Hunter S Thompson solving crimes in a posthuman future*. I’m certain, however, that the Streisand Effect may end up biting the Tolkien estate on the backside.

All of which reminds me of my amusement yesterday when I saw “Harlan Ellison®” in a press release. If you’ve got enough reputation and clout (plus the money and/or patience to wrangle lawyers), you can protect your name and work to the utmost; whether or not it’ll make the majority of the world think you’re being a pompous dick is another matter entirely. 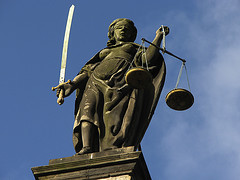 The bookworms among you may have caught the news last month about J D Salinger’s successful lawsuit against a writer who planned to publish an unofficial sequel to the cult classic The Catcher In The Rye. It’s a complex situation; while I’ve a certain sympathy with Salinger not wanting people messing with his creations, the ruling actually flies in the face of the US Constitution’s First Amendment, as TechDirt pointed out:

It’s difficult to see any reasonable justification for this ruling. Much of the ruling goes through the four factors of fair use, focusing a lot on why the new work is not a parody […] This misses the larger point: the work is entirely new. It’s not directly copying any actual expression. The real problem here is the idea that only “parody” can be considered fair use in these situations. There’s simply no reasonable logic to support that.

The rest of the discussion on the four factors fair use test is rather troubling. Most specifically, the judge’s analysis of the third prong, concerning “the amount of the copyrighted work” being used seems to go to great lengths to explain how the new book uses a great deal from the old book, but bases this on similarities between the way the character acts, not any actual copying of expression (other than the odd word or phrase, which would certainly seem to be minimal actual copying). Similarity (on purpose) is not copying. Stunningly, the judge even points out that the stories have similar arcs (which isn’t surprising), but to claim that because of a similar story arc there’s infringement is incredibly troubling for pretty much any writer.

Indeed – I raised a similar point in the wake of the latest plagiarism lawsuit against J K Rowling, and now it seems that the Fair Use Project and the American Library Association have filed an amicus brief expressing their concerns about the precedent being set. It’s interesting to compare the two cases, because that makes it clear that the law tends to side with the more successful or high-profile creator: Rowling’s lawyers have successfully (and quite rightfully) batted away claims from other writers that general story or character similarities make the Harry Potter series infringing works, but Salinger has prevented publication of a story that he feels infringes on his prior creations. Salinger’s case has a unique flaw (at least to my eyes) in that he has steadfastly refused to publish anything at all for quite some time. If he has no intent to write his own sequels to Catcher, how is the other writer robbing him by doing so?

Of course, there’s always the issue that cash-in works designed to exploit an established fan-base tend to be crap (and apparently reviews of the putative Catcher sequel suggest that it wasn’t much cop), but is that any reason to use the law to prevent their creation? For example, I’m pretty appalled by the travesty that Brian Herbert and Kevin J Anderson have made of Frank Herbert’s Dune universe, but I’d never suggest that they should be legally prevented from doing so.

I guess the question here is: does the publication ban showcase the law protecting Salinger’s ability to make money from his own work, or the law protecting his feelings about the work of others? Because I’m pretty sure the latter is not what the law is supposed to do, and it sets a bad precedent for any of us who aspire to make an income from our own creative output. 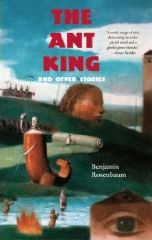 Via Kathryn Cramer at Tor comes news that Benjamin Rosenbaum has decided not merely to release his new Small Beer Press collection of short stories, The Ant King and Other Stories, as a free Creative Commons-licensed download, but also to openly invite people to create derivative works for the chance to win a signed copy of the physical book.

Here are the rules:

Could be quite a fun project, no?