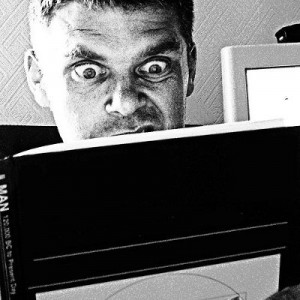 Writing a novel can be a little like a troubled romance, neh? Perhaps it started out with a flurry of excitement. Your idea swept you away and fascinated you–this was the one! This was the novel that was going to get finished or be your first sale or make a name for you. At the beginning, the characters were endearing or intriguing and the plot opened up before you like a twisty road opens up before a motorcycler on a crisp fall morning. END_OF_DOCUMENT_TOKEN_TO_BE_REPLACED

I link to lots of other people who do, but I never write writing advice posts. This is because I’m a poor writer.

I don’t mean “poor writer” as in “possessing an inadequate or skewed grasp of the rules of grammar and narrative” (though there are doubtless some people out there who’d put me in that category, including myself every now and again). Nor do I mean “poor writer” as in “writer with insufficient disposable income” (though, again, I feel like one of those rather more often than my privileged lifestyle should allow me to).

All the anecdotal wisdom in the world, be it on the internet or elsewhere, shows us one clear thing about writers and other creative types: innate talent isn’t anywhere near as conducive to success – however defined – as sitting your arse down in that chair and, y’know, doing it. Pressing the keys, moving the paintbrush, practising the chords, whatever. To create successfully, one must take the chance of creating unsuccessfully. Nothing ventured, nothing gained; to try is to invite failure, but not to try is to ensure it; [insert favourite admonitory aphorism here, after spending a few minutes picking a nice font, printing it out and sticking it to the wall above your monitor, before making another cup of coffee].

This is not exactly a revelation to me; it probably isn’t to you, either. I’m not writing this post to claim that this has come to me as a flash of hard-earned wisdom or a bolt from the blue. People have been telling to to me, directly and indirectly, ever since I started listening (and probably before). To some extent, listening is part of the problem. I’ve probably spent at least half as much time reading the advice of fiction writers as I have actually writing my own fiction. Probably closer to the same amount of time, if I’m honest.

So why this post, then? In part, it’s as a reminder to myself. Over the course of the last fortnight, I conceived and wrote a 5,000 word sort-of-story, and published it here. Sure, it’s flawed (as a piece of pure fiction, as speculative futurism, and as many other things), and hell knows it’s narcissistic, rather silly and gloriously self-indulgent… but you know what? It was fun. And the funnest bit was seeing it finished, sent out into the world for people to read. To look at it on the screen and think “hey – I made that!”

I’ll use every excuse in the book to give myself a reason I can’t do any fiction writing. Too busy; not in the right frame of mind; feeling bad about my level of ability; whatever. Failure hurts; if you’re pain-averse, avoiding failure is easy. Just don’t try! You’d probably have just screwed up anyway. Better to save that spark of an idea for that mythological time later in the day/week/month/year/lifetime when you’ve got the time and mental fortitude to look the possibility of failure in the eye and stare it down. Because that moment is sure to arrive some day. Probably. Just not right now. Maybe tomorrow. (I’m so Gen-X it hurts.)

Isn’t it amazing, how well we can lie to ourselves? Sure, I’m busy. Everyone‘s busy. Successful writers, they’re really busy… and very few of them are Hemingwaying it up in a shack with nothing to do but drink whiskey and excise adverbs. I look at good friends like Gareth L Powell, who has a day job and two young children, and who still cranks out what seems like an inhuman wordcount every week; or public figures like Jay Lake, who (as pointed out by John Scalzi, responding to the questions of dozens of self-deluding schmucks just like me as to what motivates him to write) also has a day job and a child, plus cancer-related health problems that have seen him bouncing in and out of chemotherapy, heavy sedation, painkiller regimes and invasive surgery over the past few years, and who still writes, writes, writes. You wanna know how Jay Lake got that long bibliography on his Wikipedia entry? Dude sat himself down, and wrote. Day in, day out. It’s not something he aspires to, it’s something he does.

“100 years of cyborg solitude” was a reminder to myself that I can do it, too*. As Merlin Mann points out, neatly snarking the countless swathes of products and advice blogs offering gems of advice for the aspiring creative: “Only ū— can make the writing happen™” [via CrookedTimber].

Yeah, I know, I just linked to a creative advice post after decrying the reading of creative advice posts. But that irony is implicit in the post in question, so nyarrr. (I figure I can break the rules so long as I’m playing the game.) And I don’t think there’s anything fundamentally wrong with reading what writers have to say about writing, really; engineers ask other engineers about their methods all the time, after all, and who among us wouldn’t want some top tips from William Gibson [via BoingBoing], an undisputed master of his field?

What is fundamentally wrong, however, is thinking that reading the advice of other writers is a substitute for doing your own writing, and that’s a sin I’ve been guilty of for… well, for as long as I’ve claimed aspirations of authorhood, basically. Knowing my personal history as I do, I’m not going to claim it’ll be an easy habit to break (self-discipline is an aspect of my personality that needs to hit the gym in a big way), but nor will it break itself.

It’s high time I put up or shut up, in other words. Which – among other things –  means stopping this tirade and getting on with some proper work.

After all, I have writing to do later on.

[ * What can I say: deadlines and promises to people I respect and admire are huge motivators for me. There’s gotta be some useful way I can use that… ]