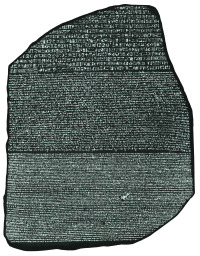 Wired UK has a passing mention of a keynote speech by BBC internet pundit Bill Thompson, who points out that the days of the internet’s predominantly white Western constituency are numbered:

Thompson has just returned from a BBC trip to Kenya, where he explored the internet take-up in Africa, specifically the effects of one of the six cables being laid to boost bandwidth to the continent. “The internet has been dominated by the West,” he says, but now “our little pond is going to be replaced with an ocean as millions of new internet users come along.”

This is nothing but a good thing, says Thompson, as with the surge of users will come new ideas. The internet, he says, is soon to enter a period of “punctuated equilibrium”, in which we will all be trying out new technologies and those that fail will sink.

The real successes, he said, could come off the back of the failures: “People will need to feed on the carcasses of other people’s failed ideas,” he says, immersing themselves in a process of innovation “play and flow”. To quote countless life coaches: “In this day and age there’s no such thing as failure – only feedback.”

I love the smell of change in the morning. Smells like… victory.

[ In case you’re wondering as to my choice of title, by the way, it’s not a homage to Clay Shirkey’s book (which I have yet to acquire and read). It’s actually a reference to the music of my youth… UK readers of a certain age may remember an early-90s indie band called The Wonderstuff. And as I’ve already posted two videos today, why not make it a hat-trick? I don’t think there was ever an official video for the original, but here’s Wonderstuff frontman Miles Hunt performing “Here Comes Everyone” (with one cuss-word, for them what’s worried about such things) at the Womad Festival a while back: