Memory has always been a popular theme in Futurismic‘s fiction selection; maybe that’s a sign of the times, as I seem to blog about neuroscience and memory a lot in recent months, or maybe it’s just one of the frontiers that science fiction will always be best equipped to explore.

Either which way, I’m super proud to have Stephen Gaskell return to the site with “Platform 17”. What would you do to cure your child’s nightmares? Would you go so far as to penetrate to their heart? And what might doing so make you become?

Orsi stroked her son’s head. He slept fitfully, his hair sweaty and matted. From time to time, he moaned, made a low, frightened noise like a cornered animal. She’d rocked him to sleep an hour earlier, then carried him to his bed with numb arms.

“Oh, kicsi,” she whispered, straightening the rumpled blankets. She thought about singing a lullaby, but immediately felt silly at the idea. Csaba was ten, not two.

He jerked his neck back, eyelids twitching. His whole body shuddered and his arm came up to his head as though he were about to shield himself from a blow. “No, no,” he muttered, frantic. The arm across his face trembled, then lurched downwards as if it were being moved against his will. Then, as the previous night and the five before, he began screaming. Not a hearty shriek, but a terrible, hoarse, broken wail like fingernails raking down a blackboard.

“Csaba!” Orsi gripped his shoulders, shook him. “Csaba, wake up! It’s only a dream.”

His eyes blinked open, but he kept screaming. His face was pale, horrified.

“What did he do to you?” Orsi said, hugging her son too hard. “What did your father do to you?” 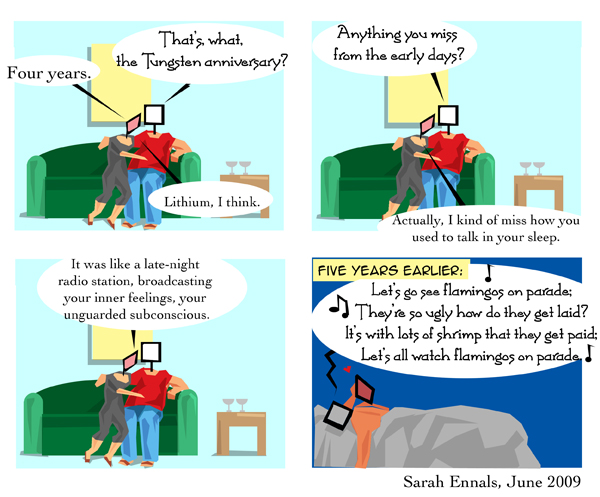 It’s time for another fresh piece of fiction here at Futurismic, and this one’s something quite unique. “Awakening in Six Parts” is a hugely immersive and somewhat gonzo tale about dreams, mathematics and relationships, set in a tomorrow whose strangeness only emphasises its plausibility. Karen M Roberts has created something that is mysterious and revelatory at once; this story has been haunting my own sleep since I first read it, and I hope it does the same for you. Enjoy!

It wasn’t precisely forbidden for a husband and a wife to discuss their dreams, but it wasn’t the sort of thing decent people did. Max’s coffee cup rattled against the saucer when Claudette raised the topic over breakfast.

“I think my night owl is defective.” Inside her teacup, some leaves had escaped the strainer. She rocked the cup in her hands, watching them swirl.

Without lifting his eyes from the editorials page, Max said, “Did you run it through the diagnostic programme?”

“It flew off before I had the chance. But the dreams, they were… ” Claudette broke off, unable to make sense of the vivid and impossible images that crowded on her tongue. “Do you ever have unsettling dreams?” She peered across the laminate tabletop. Max raised the page of newsprint closer to his nose.

The lucid dreams provided by the night owls were realistic and recurring, a secondary life experienced while the body rested. Who had designed the owls no one knew; they had simply arrived, winging down with the gift of pleasure without consequence, of fulfillment without price. Claudette had never spoken to Max about her dream husbands, and she had no desire to know about the fantasy women with whom he spent his nights. END_OF_DOCUMENT_TOKEN_TO_BE_REPLACED 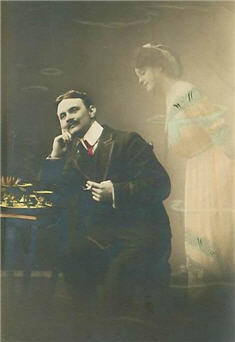 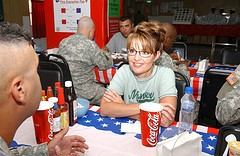 We live in such a media-saturated age it’s rather surprising that we don’t have shared dreams more often. Because it’s Friday afternoon where I am, here’s a link to a Slate.com’s Your Dreams (and Nightmares) About Sarah Palin: She hands you a $20 bill. She marries you. She tells you to kill all the animals in the zoo. She’s your barista.

It’s a highly nonscientific (a-scientific?) survey of dreams readers have had since — Sweet Gene Vincent, was it only a week ago?  (Disclaimer: I have not had a dream about Sarah Palin.) My favorite from the Slate article (hardly the most Freudian of the batch, either):

“In my dream, I was with a group of people watching the election results on television. However, pundits weren’t announcing the results. Both candidates and their VP picks were sitting on two couches in a room full of journalists/pundits. McCain and Palin were on one couch, and Obama was on his couch with his VP pick, but it wasn’t Joe Biden, it was a woman in an emerald-green ball gown. In a way she resembled Doris Kearns Goodwin. What stood out to me is how insignificant McCain appeared. All attention, a spotlight even, was on Palin. It was like McCain was a sad old man on a park bench, and Palin was just soaking up all of the energy in the room. She seemed to be a magnet for all of the energy in the room—a bit like a Dementor from Harry Potter. Obama and his Doris Kearns Goodwin look-alike VP were also relatively insignificant, but not as much as McCain. Obama smiled graciously the entire time. At some point, Tim Russert‘s disembodied head appeared through a doorway in the room where I was, and I started to cry. Tim didn’t say anything, he just floated there observing the group. One of the journalists/pundits in the room was overheard whispering, ‘It’s McCain!’ It wasn’t an official announcement, but he let it slip, and it was true—McCain won the election.

“But McCain just sat there not moving. Palin stood up and started queen-waving. Obama got up to shake her hand—graciously—and Doris Kearns Goodwin sat on her couch, as I was sitting on my dream-couch, crying.”

[Sarah Palin in Kuwait by asecondhandconjecture]