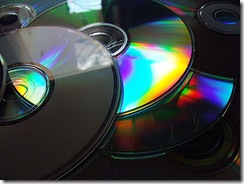 There are a lot of things in this world being changed by the internet. News is more immediate, more available and more impartial with the vast amount of sites and blogs reporting in a host of different ways. People sell their old stuff on ebay, or advertise rooms on craigslist. More and more the internet is bringing the service closer to the customer, cutting a lot of the middlemen out of the equation. After Amazon.com released its new DRM-free music download site to rival Apple Itunes, we could start seeing the beginning of a new purely-digital economy for some people.

The music industry is an interesting example of a business model rapidly changed by the internet’s influence. Just ten years ago, music was far more rigid – managers and scouts discovered talent, put an album out and promoted it. With Myspace pages, music blogs, internet radio and the 21st century digitalized version of word of mouth, it’s becoming easier for people to get their material out there themselves. Now, with music download sites becoming more and more accessible it’s easier for artists to skip the whole major label, CD store approach. Selling mp3s has far less overheads than red-brick stores that need to pay for manufacturing and transport of the CDs, the salaries of the managers, shop assistants and factory workers and all the many levels of bureaucracy that all take a cut of the profit, leaving the original artist with barely a few percent of the money spent on their work.

In the future, even in the near future, we could see artists that produce, promote and sell their work entirely online, making a greater percentage of the profits and passing that down to the consumer. If an artist gets 80% of the money for a song instead of 5%, they can afford to sell the mp3 for 30c instead of 99c and still make more money. The internet may give us the strange future of a place where we pay less for our products and end up giving the artist more. The advantages to such a lifestyle are numerous, especially in a society trying to cut down on its emissions.

In amongst New Scientist’s regular round-up of patents is a method for watermarking digital content, so that videos that escape into the public domain can notify their copyright owners and serve relevant adverts to the viewer. Hey, I’ll bet that system will never be hacked!