From the Alt Text comedy column at Wired:

Most of my old games are now eBay-bound — eBound, if you will — as are most of my old books. I don’t think of it as getting rid of them. I still have them, right on my phone.

And if I want them in physical form? Well, I’ve stopped thinking of eBay as an auction site. Now I think of it more as cloud storage for things with measurable volume. I’m putting my possessions into the cloud, and if I want them again I can retrieve them from the cloud for a small fee.

Sure, they won’t be the exact original items I once owned, but that doesn’t bother me any more than it bothers me that the 1s and 0s I retrieve from Evernote aren’t the same electrons I originally stored.

Compare and contrast with the last Viridian Note from Bruce Sterling a few years back:

You will need to divide your current possessions into four major categories.

“Everything else” will be by far the largest category. Anything you have not touched, or seen, or thought about in a year – this very likely belongs in “everything else.”

You should document these things. Take their pictures, their identifying makers’ marks, barcodes, whatever, so that you can get them off eBay or Amazon if, for some weird reason, you ever need them again. Store those digital pictures somewhere safe – along with all your other increasingly valuable, life-central digital data. Back them up both onsite and offsite.

Then remove them from your time and space. “Everything else” should not be in your immediate environment, sucking up your energy and reducing your opportunities. It should become a fond memory, or become reduced to data.

Of course, even as a short-to-medium-term storage medium, eBay is horribly clunky and expensive to use (not to mention lossy as all hell), but it’ll have to do until fabbing technology and truly ubiquitous digital media archiving catches up. The worrying thought is what we – as a culture, rather than as individuals – might lose in the period between now and then…

… but given that my ridiculous and ever-growing library of dead tree books contributed hugely to making my recent house move a waking nightmare, I’m starting to wonder whether I care as much as I think I do. Or rather, more than I should. 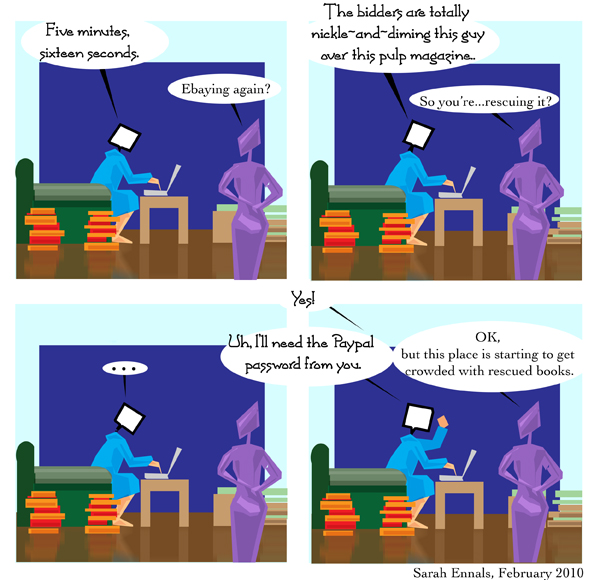 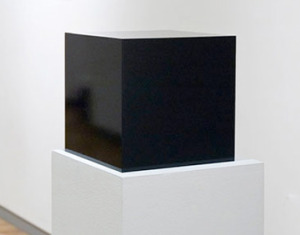 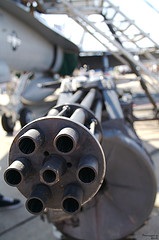 United States Defense Department investigators have discovered that it’s surprisingly easy to purchase restricted or classified items of military hardware; all you need to do is have a scout on eBay or Craigslist. [via SlashDot][image by swotai]

The article mentions the risk of items being reverse-engineered or countermeasured by enemies of the United States … though I’d hazard to suggest any enemy worth being worried about has probably decided that it’s best to continue letting bureaucracy and internal discontent do all the hard work of wearing their opponents down.

I think the thing that astonishes me most, though, is the fact that I’ve had eBay auctions delisted for tiny marginal breaches of the site’s code of conduct, yet their eagle-eyed monitoring teams don’t notice or investigate people selling chunks of fighter jets. It’s a weird world, and no mistake.