Every month, I spend about a week with an ear to the news, specifically sifting for ideas for this column. I like to plan around something that resonates with me. This month, I’m sick at heart about the catastrophic oil spill. It feels like death. But there are already a lot of people writing about it. Besides, it would make me sad to research it extensively. So I turned my attention to the oceans in general. I was surprised to find out how much they feel the same as the oil spill. But I’m going to write about them anyway. I normally hope you’ll enjoy my column, but in this case, I think I just hope you read it. It’s tough to feel enjoy news about our oceans right now. END_OF_DOCUMENT_TOKEN_TO_BE_REPLACED

This is sure to end well: UK and US forces in Afghanistan stand accused of using biological warfare tactics against the region’s opium poppy crops, which are being rapidly swept by some hitherto-unseen disease.

According to the Telegraph, yields have dropped by up to 90 per cent in some fields. […] Considering that spraying has been forbidden by the president of Afghanistan, “we start with the belief that this is a natural phenomenon,” says Lemanhieu. It could be due to insects such as aphids, or fungi, he says.

The Telegraph reports that the disease was first noticed a month ago and has spread to four provinces across the south, including Helmand – responsible for producing over half of Afghanistan’s opium poppies in 2009.

Could just be one of those things, I suppose…

According to the Telegraph, an international official in Afghanistan has flatly denied US or British involvement in spreading the disease. He said: “The government of Afghanistan are not using any kind of spraying and there’s nothing else going on either.”

Or then again, maybe not. Nothing like a strenuous official denial to make something seem that much more likely.

While we’re on the subject of drug agriculture, maybe you’ve wondered which recreational substance is the most environmentally friendly in terms of its impact on the ecosystem? Cue lots of smug smoke-wreathed hippies:

[A] U.N. report finds that a square meter of marijuana cultivation can support 250 dose units of the drug. About the same amount of land—200,000 hectares—is under cultivation for cannabis, cocaine, and heroin around the world, but the cannabis is getting a heck of a lot more people high. For users in the United States, it also has the relative advantage of being produced in large quantities on American soil. About half of our marijuana supply comes from domestic sources—with minimal “drug miles” and a slimmer carbon footprint.

But leaving aside the sophistry of arguing that any drug is “better” (in environmental or any other terms), I’m with Klint Finley of Technoccult: that’s the first time I’ve seen an ecological argument for ending the “War on Drugs”.

From Sam Jordison of The Guardian: what difference do ebooks make to a reader’s carbon footprint?

I’ve only managed to find one report – on the Kindle (by The Cleantech Group) – but it backs up suggestions that so long as e-readers are used as book replacements rather than supplements, they soon start to pay back in carbon terms. The report states that a book uses up “approximately 7.46 kilograms of CO2 over its lifetime” and that the Kindle produces “roughly 168 kg” during its lifecycle, making it “a clear winner against the potential savings: 1,074 kg of CO2 if replacing three books a month for four years; and up to 26,098 kg of CO2 when used to the fullest capacity of the Kindle.”

However, I parted company with Ritch’s positive view of e-readers when she suggested a further advantage: “the consumer who purchases an ebook often has the rights to use it on five or more devices, meaning multiple users within a household would not have to purchase multiple physical versions of a book.” I’d actually view that as a problem, as far as fiction goes. Five or more devices probably gives the ebook a lifespan of little more than 10 years if my experience with such machines is anything to go by – and that’s if you don’t share it. A book (so long as it stays together) can be shared with hundreds of people over hundreds of years.

I also have concerns about the supply side. There’s no information available about the energy required to run Amazon’s “whispernet” and it’s hard to work out the amount involved in supplying other books for download. The internet is too often thought of as a cost-free resource in carbon terms – but it’s recently been suggested that Google alone produces as much as some nation states. Ritch suggested a good comparison would be that “a physical book purchased by a person driving to the bookstore creates twice the emissions of a book purchased online.” But of course, that depends on someone driving rather than walking to the shop.

In short, I think the ecological argument for ereaders is a non-starter for either side, though that could change with time (especially once ereading becomes a software matter rather than a dedicated hardware platform matter. What do you reckon?

Start looking for machines to replace. [via Tim Maly] 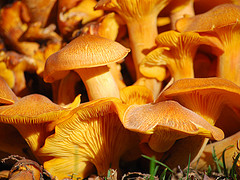