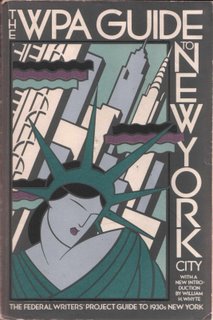 Paul Greenberg is writing a book about fish, but you could pay him not to. Noting that in the ’30s, President Roosevelt created a program to keep 6,000 writers working, he adds that the problem today is that too many people want to be writers. So he proposes a program modeled after agriculture subsidies, which would pay people not to write. Andy Borowitz, who he notes had already proposed this in a piece that he (well) wrote, says it would take $400,000 to keep him out of the game.

Of course, putting this kind of money on the table would require the strictest of oversight, and for this we could make use of a structure already in place — i.e., the long-suffering spouses and domestic partners of writers. Under the terms of the bailout, these emotional custodians would be transformed into fiscal custodians and would release funds only when a full cessation of writing activities occurred. 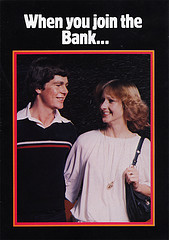 Each U.S. taxpayer now owns a $1,785.71 ownership share in the banks of America, calculates New York Times columnist Clyde Haberman (check his math). So would it be too much to ask for an end to ATM (automatic teller machine) fees?  How about a moratorium on executive bonuses? A-and another thing:

Why not forbid any bank receiving taxpayer money to purchase naming rights to sports stadiums and arenas? Citigroup is handing the Mets something like $20 million a year to call their new stadium Citi Field. Surely, the Mets do not need Citigroup’s money — not to mention yours — to keep failing to make the playoffs.

(Corporations bought naming rights to days, months, and years in one of David Foster Wallace’s novels, if memory of the reviews serves.)

(My favorite proposal, from I forget which obviously unhinged left-wing blogger: Treat bank executives like customers who declare bankruptcy, and make them prove they’ve taken a basic course in finance.)

A significant factor in the current financial crisis, so the newspapers tell us, is people spending less money in the marketplace. Conventional economic logic describes this as uncoordinated and irrational behaviour, a kind of emergent phenomenon that pushes the system into recession. [image by BdR76]

The culture-jamming movement would like to suggest otherwise, though. To these economic activists, what we’re seeing is a conscious decision by a growing section of the population of the world to drop out of the consumerist lifestyle to a greater or lesser extent. And they see it not just as positive, but as a prerequisite to the revolution:

Ours is not a purely nihilistic campaign, we do not revel in economic collapse out of spite but instead because we believe that only after an economic decline will it be possible to bring about the necessary changes to capitalism that will assure a sustainable future. We are also taking steps to insure that the money we save by decreasing our consumption goes to organizing mutual aid societies that will provide services to our needy compatriots.

To join the General Consumption Strike is easy: spend less, live more. Consider doing without your high-speed internet, cell phone service, beer or wine, restaurants, gasoline, new clothes, fancy electronics and tourism. Think of the money you will save, the fewer hours you’ll need to work, and the more time you’ll have to live. […] Stay strong, this is a once in a hundred year opportunity!

I’ve a fair amount of sympathy with what’s being said here, but the language and rhetoric of revolution always sticks in my throat, no matter how close I am to the philosophy behind it – and imagine there are people with more to lose than myself who will be even more riled by it.

But maybe the culture jammers are right; tough times breed strange behaviours, after all, and rebranding a crisis as an opportunity is just one of many. [link via No Fear Of the Future]

Now, if you’ll excuse me, I’m off to dumpster-dive for my lunch. 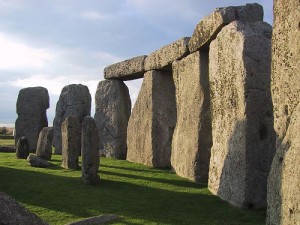 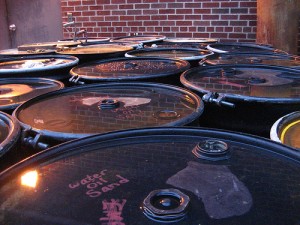