Years of popular science broadcasting (not to mention a few science fiction stories) have inculcated the idea that eradicating any one creature – no matter how undesirable and nasty – from its native ecosystem is to invite the collapse thereof. But that may not necessarily be a universal truth – it turns out that we might be able to wipe out mosquitoes (or at least the human-biting disease vector species thereof) with little risk [via Michael Anissimov]. Might.

… in many cases, scientists acknowledge that the ecological scar left by a missing mosquito would heal quickly as the niche was filled by other organisms. Life would continue as before — or even better. When it comes to the major disease vectors, “it’s difficult to see what the downside would be to removal, except for collateral damage”, says insect ecologist Steven Juliano, of Illinois State University in Normal. A world without mosquitoes would be “more secure for us”, says medical entomologist Carlos Brisola Marcondes from the Federal University of Santa Catarina in Brazil. “The elimination of Anopheles would be very significant for mankind.”

Collateral damage, eh? Poor choice of words, perhaps, given recent events. Still, wiping out some mosquitoes could not only deep-six malaria and dengue (still huge killers in developing nations), but allow the colonisation of huge tracts of land that mosquitoes have made impenetrable, such as the Arctic tundra. But those are exactly the areas where the lack of mosquitoes would have the strongest effect on the ecosystem… so it’s not a decision I’d want to be responsible for, myself.

But one thing’s for sure: if we’re going to kill mosquitoes, we should use frickin’ LASERS. 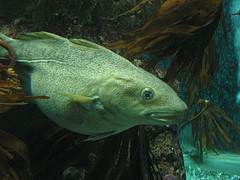