Back in the early eighties, my father had a joke he loved to tell non-engineers about the then nascent technology of mobile phones; the punchline sees the customer, heretofore staggered by the miniaturisation of the handset he’s just bought, daunted by the ludicrous size of the power supply.

While those days are long behind us (and my father should be posthumously forgiven, as he started working with computers when they still filled entire floors), the problem remains: the more electronic hardware we want to carry around with us, the more reliable and equally portable a source of juice we need to keep it running. And given that our near future is posited to be crammed with everyware, ubicomp, body area networks and cyberpunkish augmented reality contact lenses, there’s money in being the first to come up with the solution.

Money or military advantage, perhaps… indeed, good ol’ DARPA who are one of the big players in this field, because the amount of hi-tech kit the average soldier has to cart about is becoming a serious issue (not least for the soldiers themselves). Their proposed solution? Scavenge the wasted energy from the human body carrying the kit [via BoingBoing]:

Obviously, our bodies generate heat—thermal energy. They also produce vibrations when we move—kinetic energy. Both forms of energy can be converted into electricity. Anantha Chandrakasan, an MIT electrical engineering professor, who is working on the problem with a former student named Yogesh Ramadass, says the challenge is to harvest adequate amounts of power from the body and then efficiently direct it to the device that needs it.

In the case of harnessing vibrations, Chandrakasan and his colleagues use piezoelectric materials, which produce an electric current when subjected to mechanical pressure. For energy scavenging, ordinary vibrations caused by walking or even just nodding your head might stimulate a piezo material to generate electricity, which is then converted into the direct current (DC) used by electronics, stored in solid-state capacitors and discharged when needed. This entire apparatus fits on a chip no larger than a few square millimeters. Small embedded devices could be directly built onto the chip, or the chip could transmit energy wirelessly to nearby devices. The chip could also use thermoelectric materials, which produce an electric current when exposed to two different temperatures—such as body heat and the (usually) cooler air around us.

It’s a good idea (though it remains to be seen how useful it’ll be; I suspect the efficiency of gadgets will need to increase in order to meet the available energy harvest halfway), but it begs the question: how much wasted energy could we harvest if we were sufficiently motivated to do so? Think of it as a kind of energy freeganism – dumpster-diving for watt-minutes. Wind, solar and tidal power are two taps on the natural world, but what about the environment we’ve made in our own image?

People have thought about harvesting the energy of footsteps to power subway stations; why not do the same with shopping malls (hence ensuring that the energy used is directly proportional to the actual throughout of shoppers)? Might there be some way of harnessing the gravitational flexing of very tall buildings, in addition to covering them with solar cells and heat exchangers and hell knows what else? I reckon we’d be able to think of lots of sources of energy we currently overlook as too trivial, if only we really needed to… necessity is the mother of frugality, after all.

Move over, old-school semiconductors; COSMOS Magazine reports on the coming ubiquity of diamond in small-scale high-tech. 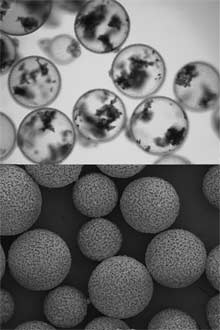 I guess I never got far enough with my failed degree in electronics to discover that there’s a fundamental component missing from the metaphorical toolbox.

But apparently there is… or there was. Now, though, the memristor is more than just a concept, and realising it may provide a key to building artificial intelligences… with a little help from slime molds:

Four interconnected things, mathematics says, can be related in six ways. Charge and current, and magnetic flux and voltage, are connected through their definitions. That’s two. Three more associations correspond to the three traditional circuit elements. A resistor is any device that, when you pass current through it, creates a voltage. For a given voltage a capacitor will store a certain amount of charge. Pass a current through an inductor, and you create a magnetic flux. That makes five. Something missing?

Indeed. Where was the device that connected charge and magnetic flux? The short answer was there wasn’t one. But there should have been.

It’s a fairly lengthy article that covers a lot of ground, so it’s hard to summarize with a quote or two. Go read the whole thing; not only is the science itself quite intriguing, it’s also an example of the better sort of journalism that New Scientist puts out. 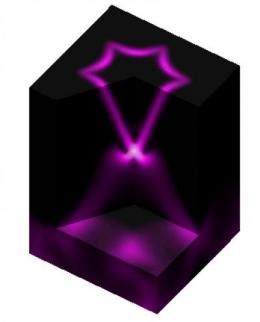