I’ve double-checked the calendar, so I’m sure it’s not April yet, and New Scientist are a reliable publication… but even so, I can’t help but hoist an eyebrow over the idea of deploying bomb-sniffing mice in airports. Well, at least it’s safer than being X-rayed by the controversial nuddie-scanners, right?

Along one side of an archway, a detection unit contains three concealed cartridges, each of which houses eight mice. During their 4-hour shifts in the detector, the mice mill about in a common area in each cartridge as air is passed over people paused in the archway and through the cartridge. When the mice sniff traces of any of eight key explosives in the air, they are conditioned to avoid the scent and flee to a side chamber, triggering an alarm. To avoid false positives, more than one mouse must enter the room at the same time.

“It’s as if they’re smelling a cat and escaping,” Eran says. “We detect the escape.” Unlike dogs, which are often trained for explosives and drugs detection, mice don’t require constant interaction with their trainers or treats to keep them motivated. As a result, they can live in comfortable cages with unlimited access to food and water. Each mouse would work two 4-hour shifts a day, and would have a working life of 18 months.

Those are pretty decent working conditions by current standards – folks, if you can train me up to do the same work, I’ll take a ten year contract on the condition I can renegotiate a larger daily helping of mixed seeds at each feeding. And if you promise a few cigarette breaks per shift, I promise not to unionise…

[ Snark aside, we’ve mentioned bomb-sniffing rodents before… why exactly no one thought of using them for airport security before is unclear, but my money would be on “didn’t want to get laughed out of the briefing room”. Additional: “cartridges… housing mice” made me think instantly of a certain musical instrument. ]

After research and development to the tune of US$19bn, the Pentagon concludes that nothing detects bombs more effectively than a well-trained dog; Uxo would be proud.

Despite a slew of bomb-finding gagdets, the American military only locates about 50 percent of the improvised explosives planted in Afghanistan and Iraq. But that number jumps to 80 percent when U.S. and Afghan patrols take dogs along for a sniff-heavy walk.

Technology isn’t the answer to every problem… unless that problem is “how can we squander billions of dollars that could be better used in other ways”, I suppose. 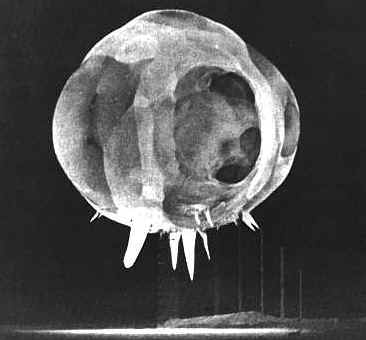 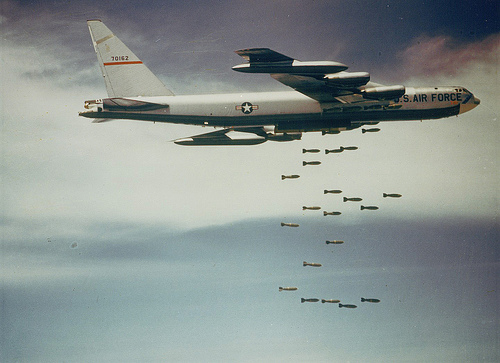 Two scientists have put together a bomb that could be (and I quote) “more powerful and safer to handle than TNT and other conventional explosives and would also be more environmentally friendly.”

Environmentally-friendly bombs? I’m not a war-monger, but what’s the sense in that? Bomb the hell out of their city, but make sure the trees don’t die? It just seems ridiculous. In an age when being “green” is marketable for a politician or trendy for soccer-moms, even this seems a bit of a stretch. I think Tony Stark would have to laugh at that. [image by James Gordon]