I just finished doing my predictions for 2011 over on my website. I find them a little depressing because even though some of them are good, we are not giving the future the things it needs most from us. For example, I’m not predicting great strides in alternative energy or kindness to the climate in the next year. Nor am I predicting great strides forward in government, at least not here in the US. Maybe the shooting of Rep. Giffords will calm down our nasty rhetoric. I suspect that time will erase the horror and we will keep on talking entrenched sound bites instead of actually listening. I hope not; see Paul’s excellent post. If anything, the tragedy illustrates why I decided to devote this month’s columns to a few of the things the future needs us to focus on now:

END_OF_DOCUMENT_TOKEN_TO_BE_REPLACED 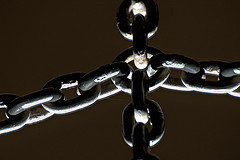