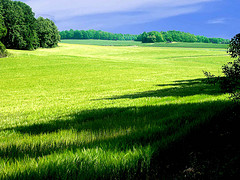 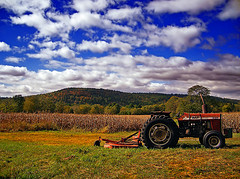 Times are tough all over the world thanks to the economic implosion, and Japan is definitely feeling the pinch of its worst recession since the post-war years.

One of the proposed solutions is to funnel the growing number of recently unemployed back into the agricultural sector, which is predominantly comprised of an aging demographic; going ‘back to the land’ seems to hold a certain nostalgic romance for the urban dispossessed, but it’s a tougher gig than many of them expect it to be:

Despite the popularity of the training programs and of the government’s longer, one-year farm internships, many young people end up returning to cities, unable to adjust to life in the countryside. Last year, Fukiko Oshiro, a farmer in western Okayama prefecture, hired five workers from cities like Osaka, including a couple of former salesmen, to work at her nursery and fruit farm. She said she has already lost three of them.

“These young people think it’s their right to come and impose on us,” said Ms. Oshiro as she surveyed her busy farm stand recently. “They have no idea how much work we put in to teach them.”

I remember a similar romance with simple lifestyles lived close to the land emerging in the wake of the recession of the early nineties here in the UK; I suppose it’s inevitable that when modern life lets you down you start looking for alternatives, and looking backward is always easier than looking forward.

Japan’s aging agricultural sector may have the need (if not the desire) for an influx of new young hands, but in places like the UK and the US things are very different; I can’t see either government coaxing young people back into the fields as a solution to unemployment. But perhaps that urge for a simpler life will express itself in other ways – remember the small footprint communes setting themselves up in the bargain-price foreclosed properties of Detroit?

There’s plenty of land out there – more so in the States than the UK, granted, and not all of it suited to being lived on – and it may tempt people with the old dream of self-sufficiency. But that dream tends to pass over the degree of sheer physical labour that the lifestyle demands, alongside the other pressures that are slowly driving us towards wholesale urbanisation; many may still decide to try, but few will stay the course, perhaps.

Is self-sufficiency a dated idea unsuited to a networked globe, or does it still have valid lessons for us? [via MetaFilter; image by Nicholas T] 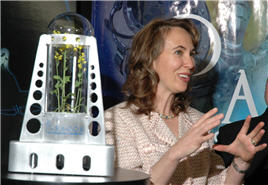 “The Selene Gardening Society,” anybody? Two corporations want to grow vegetables and flowers in a bell jar-like miniature laboratory greenhouse on the moon.

The “Lunar Oasis” has a certain poetry going for it.  “Imagine a bright flower or a plant in a crystal clear growth chamber on the surface of the Moon, with the full Earth rising above the Moonscape behind it...” says Paragon Space Development founder and Biosphere 2 veteran Jane Poynter. Plants have never been grown in a fraction of Earth’s gravity.

Candidates for the experiment besides flowers include aquatic plants and also the unpoetic brassica family (which includes cabbage, broccoli, brussels sprouts).  The garden could be sprouting as early as 2012.The project is a contender for the Google’s $30 million lunar robotics prize. 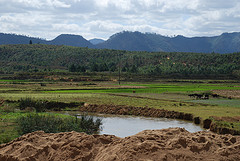