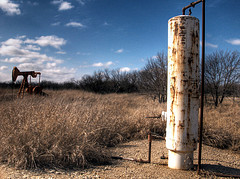 Here’s a contentious idea from the intersection of climate-change pragmatism and free-market ideology: what if Peak Oil is a no-brainer no-effort fix for global warming?

The drop in oil prices since last summer doesn’t affect the validity of the Peak Oil hypothesis. Peak Oil only says that the rate of oil extraction is peaking, not that the price will never go down. In fact, the peaking of oil supply will result in the same boom-and-bust cycle that characterizes real estate markets, as Henry George noted over a century ago. Real estate speculators will hold land off the market in anticipation of a future price rise, just as the oil companies sit on those untapped offshore oil reserves. The amount of drilling and exploration has actually dropped considerably in response to the lower prices, which means that when demand gets back to Summer 2008 levels the price rebound will be even more vicious.

And if a fluctuation of a few percentage points in demand can cause oil to fall from $140 to $40 a barrel, imagine what will happen when the supply falls by half or more over the next generation!

Now, I’ll confess to having a fair degree of faith in truly free markets, but I’m not convinced that the energy markets as they stand under the current geopolitical and economic climate are currently anywhere near as free as they’d need to be to self-regulate effectively; I only need look at my gas bills for the last couple of years to find evidence of that. Nor am I convinced that the reduction in carbon output resulting from declining oil reserves and the escalating prices thereof would be sufficient to pull retrieve our bacon from the campfire quickly enough to prevent significant change to the environment. [image by Janz Images]

That said, the idea of market forces working hand in hand with scarcity to wean us off of our oil dependence is seductively appealing. So seductive, in fact, that I’m inclined not to trust the idea on that basis alone. But the notion that using less oil derivatives will become a matter of simple economic logic for businesses and end-users alike? That seems like common sense, as well as the only way we’ll break the addiction. Hell knows that explaining the consequences of failure hasn’t had much of an effect as yet. 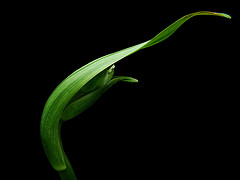 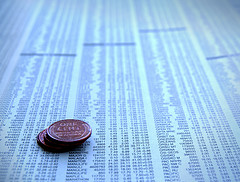