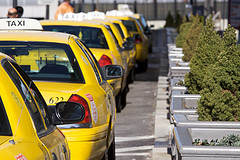 Dovetailing neatly with yesterday’s article about innovative low-budget urban living in Detroit comes a piece on Baltimore’s “hacks”- illegal and unlicensed taxi services provided by anyone with a car to anyone in need of a budget ride across town [via MetaFilter; image by Marcin Wichary].

… a booming economy built around people in Baltimore’s African-American community who prefer to call or flag down drivers like Doug to taking public transportation or licensed taxicabs. There are no statistics on hacking, no academic studies. Yet, as anyone who travels city streets and encounters the finger-wagging hack hail knows, it is a pervasive part of life here.

It is also a somewhat controversial part. Hacking is illegal, a misdemeanor punishable by a fine of up to $500 and up to six months in jail. And it has a reputation as a dangerous practice, for both riders and drivers. Although Baltimore Police Department spokesman Officer Troy Harris says that police records “don’t have a category for occupations of homicide victims,” accounts published in The Sun indicate that over the past decade as many as 13 Baltimoreans have been killed while driving hacks. And since hacking itself is illegal, many lesser crimes that might occur in the process–carjackings, robberies, assaults–likely go unreported.

Why has this dangerous and illegal activity become such a part of Baltimore culture? Most reasons given by those contacted for this story can be summed up in three words–convenience, money, and race.

It’s a long article, but worth the read – y’know, the sort of journalism they keep telling us that the internet will kill off. Hacking sounds a lot like the ‘van’ system found in Latin American cities, a grey market that grows around the demand for public transport infrastructure among those living on the margins of society, whether geographically or politically. From the sound of it, hacking in Baltimore is too ubiquitous to be effectively shut down by the authorities without a vast expense of time and money, and its close connection to the African-American demographic means that to do so would probably amplify the problems of discrimination that hacking circumvents. The article points out that the city authorities have too much on their plates with other more serious crimes to spend time on a hacker crack-down (arf!), but one can’t help but wonder if there’s an element of turning the blind eye in that attitude – after all, any street-level economic activity that’s been running for a few decades is evidently driven by genuine need, and producing an official fix for the problem is going to be much harder work than trying quietly to contain it.

What fascinates me about stories like this are the way they tear off the veneer of “respectable”corporate capitalist economics to reveal illicit person-to-person transactions running in much the same way as they must have done since the dawn of commerce itself. I know it’s not fashionable to talk positively about the power of the marketplace right now, but you can’t deny the tenacity with which people will find a way to make a fast buck from the absence of a certain service or product. The question is, how much of the crime associated with hacking would be prevented if the authorities took a more laissez faire attitude and deregulated the business, allowing hacks to compete directly on price and safety with ‘legitimate’ taxis? This strikes me as the sort of small economic ecosystem that could thrive with the introduction of a reputation currency. 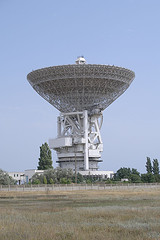 The advantage of space telescopes like the aging Hubble are their ability to image distant astronomical objects without the fuzziness that Earth’s atmosphere produces. Of course, the big disadvantage is the hideous price-tag of getting the thing to orbit, keeping it there … and keeping it working. Astronomers from the UK’s Cambridge University have developed a neat hack that sidesteps the problem; so-called ‘lucky imaging’ works by comparing thousands of images from two or more ground-based telescopes and using the results to filter out the noise, producing results that rival the Hubble at its best – at a hundredth of a percent of the cost. [Image by Argenberg]

The vibration function in the Nintendo 64’s Rumble Pak can be hacked into an improvised tattoo gun.  Someone let MAKE Blog know…