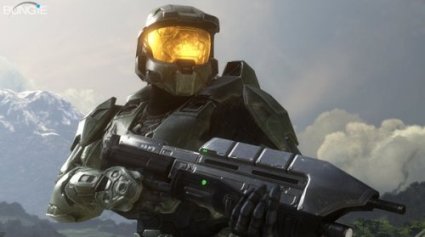 Having stayed up way too late for the past week playing Halo 3, I am in total agreement with the author of this article when he states:

You haven’t lived until you’ve attacked an enemy’s fortified position with a Scorpion tank providing covering fire while three of your teammates assault the base on foot. The co-op play makes the campaign feel alive, and you can do things working together that you wouldn’t dream of alone. While playing the campaign by yourself can feel clunky and artificial, playing with other skilled players is like living the best buddy-action movie you’ve ever seen.

Playing through the first two Halos on co-op was fun, but nothing matches playing four-player co-op on Xbox Live, with each player having a full screen, voice chat, and no lag. This is the best possible way to play the game, and it is incredibly addicting.