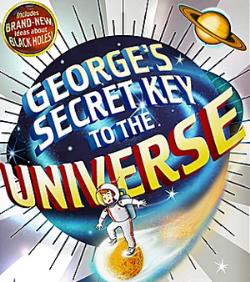 Already a widely published man in his chosen field, Stephen Hawking is branching out into authordom of a different kind. In partnership with his daughter and a French scientist who wrote a thesis on his ideas, Hawking has written George’s Secret Key To The Universe – a space adventure story for children that explains the physics of the universe while (presumably) entertaining younger readers at the same time. I think we can safely assume that’s one science fiction story whose physics will never be questioned by hard sf purists … well, at least for a good few decades. [Image from Random House]