Earlier in the year, there was some discussion over the possibility of cloning Neanderthals from archaeological remains. Now Kyle Munkittrick of Discover Magazine‘s Science Not Fiction blog speaks out in favour of the idea:

Knowing where Neanderthals fit, however, also creates a problem. What do we do if what makes humans “human” isn’t from a “human” at all? How do we justify “human rights” in light of evidence that our rational and moral minds are in no small part the result of prehistoric crossbreeding? In short: if human rights are based on being human, what rights would a cloned Neanderthal have?

The problem is, of course, that we don’t have a cloned Neanderthal. Which is why we need to make one.

To assert that the Neanderthal is between human and animal and is therefore an impossible fit for our world simply not true. The line between human and animal is blurred. Dolphins, whales, chimps, great apes, and other species are already changing the way we think about intelligence and rights; perhaps a Neanderthal, fully developed but so mentally different as to be incompatible with our way of living is the very example our society needs to change our perception of intelligent non-humans. When the technology is safe and the ability to nurture and care for her in place, we owe it to humanity as a whole to clone a Neanderthal and see what wonders she might teach us about ourselves.

There’s no simple answer, of course. Much as a cloned Neanderthal might teach us a great deal about ourselves, responsibility for his or her happiness and well-being would have to come first: to do otherwise would be to derail the essentially humanist thrust of Munkittrick’s argument. Human or not, a Neanderthal would be a sapient being, and quite likely more than capable of understanding that they were created for the sake of science… a lab rat that knew it was a lab rat, in other words. It’s a fascinating intellectual exercise to imagine how it might work out, but to actually do it?

All I can say is that as much as I’d love to learn how much of what we call being human is a cultural artefact as opposed to a biological phenomenon, I don’t know that I’d be able to take responsibility for the decision to create a living creature that might never feel it was living a life that made sense. 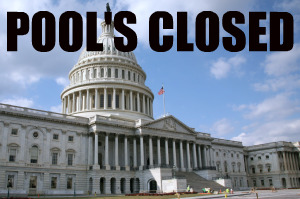 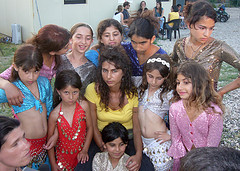 When I visited Eastern Europe about a decade ago, I was shocked at how much outspoken prejudice there was against the Gypsies. And I was shocked today to read in the Guardian:

Last week, Silvio Berlusconi’s new rightwing Italian administration announced plans to carry out a national registration of all the country’s estimated 150,000 Gypsies – Roma and Sinti people – whether Italian-born or migrants. Interior minister and leading light of the xenophobic Northern League, Roberto Maroni, insisted that taking fingerprints of all Roma, including children, was needed to “prevent begging” and, if necessary, remove the children from their parents.

The ethnic fingerprinting drive is part of a broader crackdown on Italy’s three-and-a-half million migrants, most of them legal, carried out in an atmosphere of increasingly hysterical rhetoric about crime and security.

The European parliament has asked Italy to stop doing this. Guardian columnist Seamus Milne suggests anti-migrant hysteria in Europe may be at the root of this.  Not that the U.S., or my home state of Arizona, where “crime sweep” publicity stunts target undocumented immigrants and stepped-up enforcement separates kids from parents, is exactly immune from xenophobia.

Backing up human-rights reports that the Burmese military is razing villages of ethnic minorities and herding people into areas under tighter military control, an analysis of satellite images shows chilling scenes of bare ground where villages once stood, new settlements near military camps, and swelling refugee camps just across the border, in Thailand. The new analysis was done by the American Association for the Advancement of Science (AAAS) and human-rights groups.