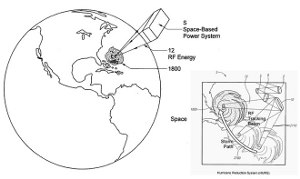 OK, folks, here’s your weird and way-out patent application for the week: a method for destroying or weakening hurricanes by beaming a heat ray at them from an orbital platform.

Maybe it is crazy, but that same company, Solaren, took a first step in that direction this week when it inked a deal with the northern California utility, PG&E, to provide 200 megawatts of power capacity transmitted from orbit in 2016.

That’s just the start though:

By heating up the upper and middle levels of an infant hurricane, they say they could disrupt the flows of air that power the enormous storms. Air warmed by tropical waters flows up through a hurricane and is vented through the eye into the upper atmosphere. Theoretically, you could heat up the top of the storm and lower the pressure differential between layers, resulting in a weaker storm.

Thanks to regular commenter Robert Koslover for tipping me off to that one; I think HAARP just got a serious relegation in the tin-foil hat weather-modification paranoia league. And it makes the Vatican’s planned solar plant look a bit pathetic by comparison, eh? [image ganked from linked article] 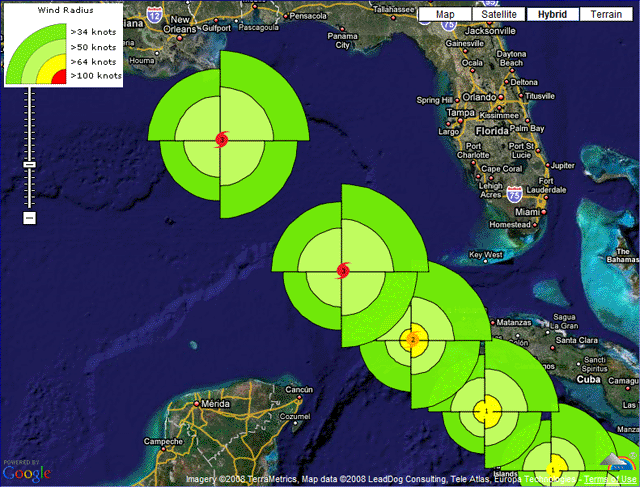