So, did you see the Wired spoof piece about the iHobo augmented reality application? Yeah, yeah, I know it’s a joke, they make that pretty clear. But it’s a clever joke – and not just because it says a number of things about technology, class and culture. 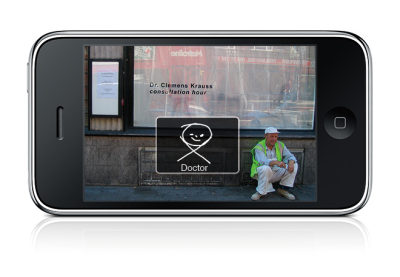 What iHobo does is highlight not only the imminent mundanity of augmented reality – a technology whose path to near-ubiquity in the developed world is defined only by time and falling prices – but also the fact that we’ve always had augmented reality. It’s not a thing you buy, it’s a thing you do.

In addition to time and space, there’s another dimension you can move in – call it culture, call it perspective, call it viewpoint, call it contextual relevance, call it popularity. It’s all of those things, and none. It’s something we build as groups and as individuals, a shared semiotic system of value and meaning – and soon we’ll be able to travel inside other people’s systems at the swipe of a finger across a touchscreen.

Of course, there’s a very good chance I’m stating the obvious here*, but this ties in so closely to a bunch of the weirder theories of reality I had when I was younger that I can’t help but geek out about it. Sorry.

[ * Seriously, sometimes it’s a real struggle finding stuff that I think won’t just bounce right off of you jaded lot. But then I console myself with the thought that I’m lucky to have a very smart and well-read audience by comparison to a lot of similar sites. So don’t go changin’. 🙂 ]