Interesting piece at Forbes here about a sort of person we’ve all known – or maybe even been, to a greater or lesser extent* – in our working careers: they are the “Michelangelos of work avoidance” [via BigThink]:

Work-avoidance Michelangelos know how to stay idle while suffering no consequences or, in some cases, even getting promoted. June lasted in her job for more than a decade before finally being laid off, and when her termination came it had little to do with her lack of productivity. The office was automating her job.

One of her skills was spending little time at her desk or anywhere near the department where she supposedly worked, so that her bosses didn’t even think about her much. Out of sight, out of mind, you might say. “If people don’t think of you, they can’t give you work,” Abrahamson says. Other ways to accomplish that: Arrive at different, unpredictable times of day. Work from home. Set up your schedule so that you frequently change locations.

If your boss does manage to track you down and try to give you some work, you can strategically deploy a kind of good-natured cluelessness. “The principal here is that you try to give work to a person and come to the conclusion that they can’t even understand the instructions,” Abrahamson explains. In such a case most bosses will figure it’s easier to do the work themselves.

If you perform a specialized function within your office, you can distort the time it takes to get it done. Among June’s supposed jobs was keeping time sheets for her department’s staff. No one else knew the system she’d set up or how long keeping the data took. Thus she could make a task that took minutes appear to consume hours of toil. People with computer expertise who work among Luddites can easily exploit this tactic.

Then there’s what Abrahamson calls the anticipatory screw-up. Make it clear to your boss, in the most pleasant way possible, that you will fail at the assignment she wants to give you. “You don’t have to fail,” advises Abrahamson. “You just have to be clear that you’re going to fail.” Most smart bosses will then give the job to someone else.

Not really surprising that as complex a system as corporate capitalism should have provided niches for freeloaders, nor that human beings – with their innate gravitation towards maximum rewards for minimum outlay – should have taken to them so successfully.

And before you think I’m beating on capitalism alone, I’m pretty convinced that this sort of behaviour goes all the way back into the dawn of history; I suspect shamanism may have arisen due to one or two people per tribe being smart enough to see a way to game the social system. (“Sorry, can’t go hunting with you this week, guys; waaaaaay too busy communing with the gods. But they did tell me that y’all might want to try your luck beyond the third hill to the North…”)

[ * Not me, obviously; I was always a model employee wherever I worked before becoming freelance. SRSLY. ]

If modern gaming is all about escapism, why do we choose to escape to virtual worlds that contain so many of the negative pressures of the world we’re trying to leave behind?

I’d like to begin this column by discussing escapism. Describing something as “escapist” has always struck me as something of a back-handed compliment. A tacit (and sometimes dismissive) acknowledgement of a work’s lack of topicality or verisimilitude coupled to an attempt to shift the critical yardstick from the aesthetic to the psychological : Yes, we know that this film/game/book is all about giant stompy robots hitting each other but it scratches an itch that we, the audience, need scratching.

The itch in question is the need to escape from an increasingly inhospitable 21st Century existence; an existence filled with long commutes, unpaid mandatory overtime, credit card bills, mortgage foreclosures, unemployment, failed relationships and the plethora of modern-day worries, problems and fears that many choose to medicate with alcohol. People justifiably want to escape to a world that is less oppressive and miserable. This explains why the grand-father of escapist fiction is J.R.R. Tolkien and not Jean-Paul Sartre. END_OF_DOCUMENT_TOKEN_TO_BE_REPLACED 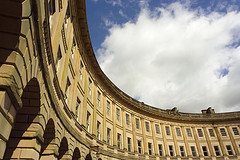