Via BoingBoing, here’s a New York Times piece by Kevin Kelly, where he discusses what he learned about technology and education while homeschooling his son for a year:

… as technology floods the rest of our lives, one of the chief habits a student needs to acquire is technological literacy — and we made sure it was part of our curriculum. By technological literacy, I mean the latest in a series of proficiencies children should accumulate in school. Students begin with mastering the alphabet and numbers, then transition into critical thinking, logic and absorption of the scientific method. Technological literacy is something different: proficiency with the larger system of our invented world. It is close to an intuitive sense of how you add up, or parse, the manufactured realm. We don’t need expertise with every invention; that is not only impossible, it’s not very useful. Rather, we need to be literate in the complexities of technology in general, as if it were a second nature.

He goes on to add some more specific aphorism-style lessons – koans for a digital world, almost:

Some very sf-nal thinking in there… no surprise coming from Kelly, but even so, it reiterates something of Walter Russel Mead’s praise of the genre as the source of a useful way of looking at the world.

It’s also pleasing to see Kelly’s focus on trying to instil an appreciation of (and desire for) learning in his son. I’m far from the first person to observe that the UK education system has long favoured the retention of facts over independent analytical and critical thinking as educational goals, and I’ve seen plenty of reports that suggest the US system has a similar problem. Kelly’s aphorisms underline the point: if you make kids memorise facts, their education is obsolete as soon as it’s finished. Learning how to learn is the most important lesson of them all, and the one that seems hardest for schools and universities to deliver.

Thanks to organisations like Creative Commons, we’ve been hearing a fair bit of rhetoric about goods and services ‘held in common’. The notion of the commons is far from new, but the way the web facilitates sharing has brought it back to a new prominence.

Naysayers against the commons are, er, common enough, but they seem to me to always be arguing from an economic standpoint that can’t conceive of the commons in the way its supporters describe it – for example, they ask ‘who will build and maintain these goods and services?’ Kevin Kelly’s latest essay on the matter covers that question quite neatly:

As creations become digital they tend to become shared, ownerless goods. We can turn this around and say that in this realm of bits, property itself becomes a more social endeavor. Property may be less about title and more about usage and control. An idea can’t be owned in the way gold can; in fact an idea has little value unless it is shared or used to some extent. Its value paradoxically can increase the less it is owned privately. But if no one owns it, who gains the benefit of that increase in value? In the new regime users will often assume many of the chores that owners once had to do. And so in a way, usage becomes ownership.

Kelly’s big on ‘social’ as an ideal, but given the way the recession is cutting into the soc-net startups, ‘social’ might not be as strong a paradigm in another few years. But then again, if it’s the inevitable matter of social necessity that Kelly describes, perhaps it will… if work remains scarce, will people do more things for the common good as a result, or less?

Glancing back in time at the evolution of electronic gadgets like mobile phones you realise what futurist Ray Kurzweil means by the intuitive linear perspective (described by Kurzweil here) – the difficulty we humans have with intuitively grasping the impact of exponential growth (as exemplified by the water lily story) and improvement, from 10 Great Geek Gadgets:

Cellphones have evolved so fast even last year’s models are already uncool. Go back a few more years – or watch most any 90s sitcom like Seinfeld – and you’ll be reminded of how things used to be. Rewind back to the beginning and behold the behemoths: how did we ever walk around with those things?

Kevin Kelly has some thoughts on the nature of the exponential growth of knowledge, most notably that as we learn more our ignorance increases (SRSLY check it out). 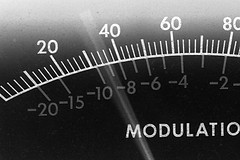 Kevin Kelly has written a typically intriguing post on ubiquitous metering: what if everything were measured, monitored, recorded, and indexed?

Imagine a world were any set of historical data was available to you. Everyone has their own favorite data stream from history they would love to have. Such a trove would transform our lives. For that reason, monitoring everything will become commonplace. Cheaply metering data, in fact, is what propels the free economy. Metering is a type of attention. Products and services will be given away in exchange for the meta data about their use. Data about the free is now more valuable than the free thing itself.

This is an interesting idea, very much in the vein of Charles Stross’ brilliant The Beginning of History.

I suppose a Panopticon of sorts is fairly inevitable. Hopefully the transition to a world where everything is recorded all the time will be well-handled, and won’t be used for authoritarian or nefarious purposes.

It’ll be a massive change, perhaps one of the biggest social changes ever. 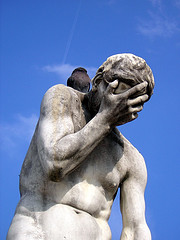