Malaria remains one of the great unsolved health problems of the developing world, with the disease stubbornly resisting all attempts at eradication. So why not focus on the vector instead: the blood-hungry mosquitoes that spread malaria around? And why not use an idea straight from the science fictional supervillain-hideout playbook: a photonic fence made of devices that detect mosquitoes by the frequency of their wing oscillations, and then blasts them with lasers? [via Hack A Day]

Why not indeed – Bill Gates obviously likes the angle, as he’s funding Intellectual Ventures Lab’s research efforts (though some of that will presumably be supporting the company’s other idea, namely a way of zapping the malaria parasite in situ within the human body, scrambling its DNA without harming its host). Observe the destruction of a much-hated pest in close-up high-def slo-mo video:

Shazam! (Compare and contrast with the (as yet) non-lethal anti-papparazzi defence screens found on the yachts of shady billionaires…)

Think what you like of his software empire, Ol’ Bill sure likes investing in potentially worldchanging ideas; he’s currently looking into throwing his weight behind a new design for small-scale nuclear reactors, suitable for use in cities or low-demand nations [via SlashDot]. But even that pales beside the blue-sky glory [also via SlashDot] of a fusion-fission hybrid that will safely burn up existing nuclear waste by bombarding it with neutrons… 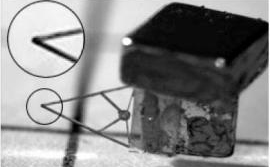 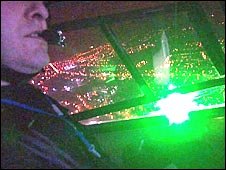 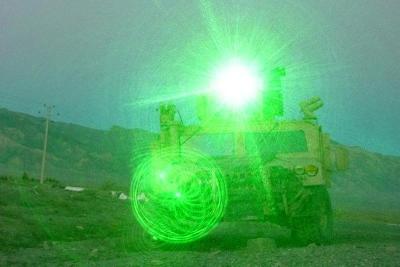