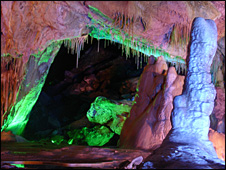 And speaking of climate change there is an interesting story at the BBC about how monsoons/droughts, as recorded in the concentrations of minerals in stalactites, have been linked with Chinese dynasties:

By comparing the rain record with Chinese historical records, Pingzhong Zhang of Lanzhou University in China, and colleagues, found three out of five “multi-century” dynasties – the Tang, the Yuan and the Ming – ended after several decades of weaker summer monsoons with drier conditions.

These moisture-laden winds bring rain necessary for cultivating rice. But when the monsoon is weak, the rains stall farther south and east, depriving northern and western parts of China of summer rains.

This could have led to poor rice harvests and civil unrest, the researchers speculate. 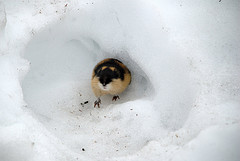 It’s an interesting theory, and reflects how important climate is in the lives of humanity, and also in the lives of lemmings, with the discovery that the lemming population of Norway is no longer as fecund as it once was:

The research team, composed of Norwegian and French scientists, believes the winters are now too humid, leading to the “wrong kind of snow“.

This results in a less stable subnivean space (the space between the ground and the snow layer above), meaning substantially fewer animals survive until spring.

Aww. But apparently it’s not all bad news vis a vis climate change. Apparently certain Alaskan glaciers have in fact grown this year for the first time in 200 years.

This will please Sarah Palin – who apparently has only recently discovered that Africa is a continent, not a country.

Congrats on the win, America!

As to the glaciers – only time will tell.