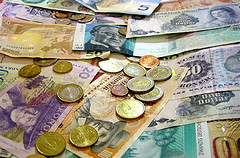 David Birch at kashklash has been thinking about alternative currencies. He’s decided that local currencies, while their hearts are in the right place, are not the solution their advocates claim them to be:

They’re wrong because their notions of locality are too backward-looking. So while I buy the idea that some form of localisation of money it might be part of an overall trend, a reaction against globalisation and so on, I think that localisation in the coming online world means something different from the slightly romantic, slightly unworldly, geographic notion of locality that is at the heart of many current schemes.

So what might we use as alternative currencies instead of localised money?

People don’t seem to have a problem holding World of Warcraft money, or iTunes’ money, in addition to money in their bank accounts. Given a free (or, at least, vanishingly small marginal cost) choice, what would they prefer? We’ve already touched on gold in the earlier discussion about alternative currencies and the price of oil. But I’m curious about other non-commodity suggestions: telecommunications bandwidth, mobile minutes…

As a commenter points out, bandwidth and mobile minutes are commodities to most of us… and the more I think about it, the harder I find it to think of anything that would make a practical currency that isn’t a commodity. Calories; water; kilowatt/hours… can you think of any more? [image by bradipo]

Is the local currency an idea whose time has come – or rather, has come back? In the Berkshires of Massachusetts, a local currency called Berkshares is being buoyed up by the current economic crisis, and receiving a lot of enquiries from other communities interested in replicating its success:

Since the currency’s launch two years ago, five local banks have printed more than 2 million paper notes. About 185,000 are currently in circulation, according to Susan Witt, a Berkshare co-founder.

It’s in no way ready to replace regular money just yet, but it seems to work well as a supplementary system during hard times. The problem is the admin – there’s a lot of work involved for what is usually a small volunteer organisation, which is why the Toronto Dollar is moving to an electronic version to simplify the management procedures.

As the strength of the nation-state concept atrophies, will we see an increase in local communities making their economies more sustainable and autonomous? Given the rising cost of transportation for both people and goods, it doesn’t seem too implausible. 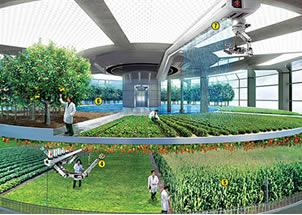