… is that a lot of the people growing weed are suddenly finding they can’t sell it, even at bargain-basement bulk rates, thanks to the easing of access provided by medical marijuana laws in the state [via MetaFilter].

“Outdoor growers are having a hard time unloading their fall harvest,” Custer says. “And this is six months later and when some people do move it, they don’t get nearly the price they were hoping for.”

That goes for both legal growers who cultivate limited quantities of pot under the medical marijuana laws and illegal operators who often grow larger amounts.

Prices are now much less than $2,000 a pound, according to interviews with more than a dozen growers and dealers. Mendocino County Sheriff Tom Allman says some growers can’t get rid of their processed pot at any price.

Who’d have imagined that opening up a quasi-legal channel for supply would have driven prices down hugely, eh? I wonder what on earth they’ll manage to spend all the drug war money on if the state votes to legalise… there’s plenty to choose from, after all. 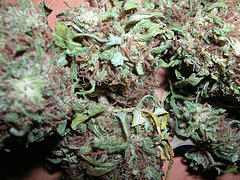 New Scientist highlights some research that correlates economic pressures in the United States with the legal status of intoxicants, suggesting that perhaps the pro-pot lobby’s continued hassling of the Obama administration will pay off:

Euan Wilson of the Socionomics Institute in Gainesville, Georgia, finds that anti-drug laws in the US tend to coincide with high share prices, and legalisation with low.

Comparing today’s situation with alcohol prohibition in the US between 1920 and 1933, Wilson says that just as alcohol was legalised when the economic slump reached its nadir, so concessions to marijuana use could be around the corner. “The current mood is very similar to the 1930s,” says Wilson.

I’m not going to hold my breath, personally; it strikes me there’s still too much political cachet invested in the War on Drugs for it to be dropped that easily.

And on my side of the pond, I suspect the current administration is going to grab harder for total control before it finally loses its grip; leopards and their spots, you know. In the meantime, they’ll just keep legislating alternatives out of existence (giving them plenty of extra mainstream publicity in the process) before shaking their heads sadly at the inevitable increase in crime statistics (and taxing us for the mop-up)…

I’m sure I can’t be the only person who sees the irony in all of this. Is’t it the stoners themselves who’re supposed to act illogically? [image by r0bz] 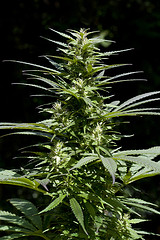 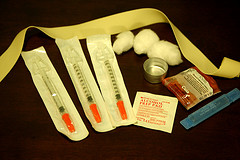